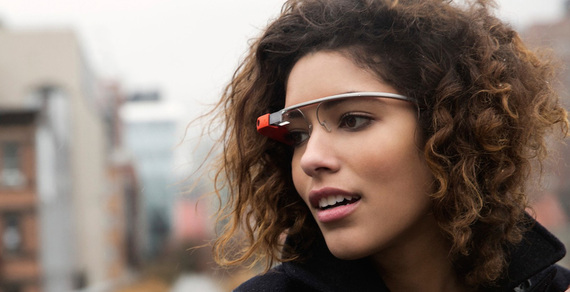 Google filed for a patent of what seems to be a wearable device that would show holograms. To be more exact it would be a version of Google Glass that instead of the flat picture it features now, would offer its users holographic images. At one point Nest CEO Tony Fadell stated that they would redesign Goggle Glass from scratch, but this would surely be a huge difference and an impressive feature for the next device.

It seems that the new Google Glass, that would feature holographic displays is developed under code name “Project Aura”. In order to develop the new Google Glass, which is meant to put the device in the top of smart wearable gadgets, it was said that Google extended its team of experts with new acquisitions. Although there is a tough competition going on between the major technology giants, if the rumors will come true, and the Google Glass will be improved with holographic displays, the tech giant might get back in business.

Whether it will have the Google Glass name or not, we don’t know yet, but the new head wearable should be amazing if Google pulls it off. It would be able to offer an augmented reality experience. This would certainly be more involving than the plain experience users get today from the flat picture the Google Glass delivers. In the high- tech world we are living in a holographic image delivered by a Google Glass device would perfectly fit in.

Of course, as of now everything is only chatter. Google didn’t comment yet on the presumptions so everyone is only guessing of what the device for which the patent was filed will be like. If the Google Glass will have holographic displays or not still remains a mystery. The fact that a patent is granted doesn’t necessarily mean that the technology will actually be used. At least there is no certainty that it will become reality in the near future.

I have always been eager to try out any gadget I could get my hands on. I became a tech journalist so that I could always be around technology and see the newest devices. I use gadgets every day to make my work and life easier. I have enough experience to know If a device is actually improving my activity, offers something useful or new. I will post my honest opinions and judge a device as objectively as I can.
@https://twitter.com/Colin27Anderson
Previous Aeon GoPro Stabilizer created by Aetho
Next Linux Networks Threatened by XOR Trojan