Home / Software / You can now use PayPal for Apple Store purchases 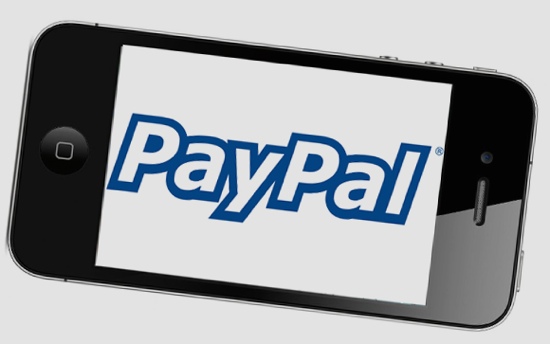 You can now use PayPal for Apple Store purchases

It’s true that Apple and PayPal have worked together in the past, and for services like iTunes, PayPal has been a payment option for a long time. That being said, you couldn’t purchase an actual physical item from Apple’s online store via PayPal. That is, until now. Apple has teamed up with PayPal once again to provide its customers with an additional check-out method, which was previously limited to credit-card purchases, Apple store credit or special financing options. You can now order that shiny new iPhone 6 by using your PayPal account.

For some, this move might be surprising, in the sense that the relationship between the two giant companies has been a tad shaky in recent months. Apple now has its own payment method (Apple Pay) that directly competes with PayPal and has no longer listed PayPal as a partner after launching its new iPhone 6 this year. On the other side of the fence, PayPal took quite some jabs at Apple, arguing that Apple Pay might not be extremely secure, as opposed to its own services. The campaign focused at cracking jokes after the huge celebrity selfie leak scandal, where the Cloud accounts of stars like Jennifer Lawrence and private photos were leaked online. One ad for PayPal read “We the people want our money safer than our selfies”.

Despite differences, it’s clear that both companies have only to gain from this partnership. By allowing PayPal payments, Apple is adding another way for customers to grab its products, aiming to lure in new customers that don’t have access to Apple Pay yet anyway. On the other hand, PayPal is gaining access to quite a major online business, as Apple’s online store is nothing to laugh about in terms of online sales and revenues. To sweeten the deal for us, customers, Apple is also offering interest-free credit via PayPal that can be payed back within 18 months, as long as the purchased item is above $250 in value. Unfortunately, the Apple Store online accepts payments via PayPal in the UK and US for now, but that’s likely to change in the near future. Plus, the change is just in time for the holiday shopping-fever. Should you be a fan of PayPal and Apple, this news is probably up your alley, so go ahead and check out the Apple store, where PayPal is now listed as an additional payment option.

Tech Editor with lots of experience with PC hardware components, iOS and Windows-based mobile devices, and love keeping myself up-to-date with any developments in the industry, which I make my job in sharing with you, our readers.
Previous AMD’s R9 295×2 gets a significant price-cut
Next Microsoft to deploy touch-screen fix for the Lumia 535