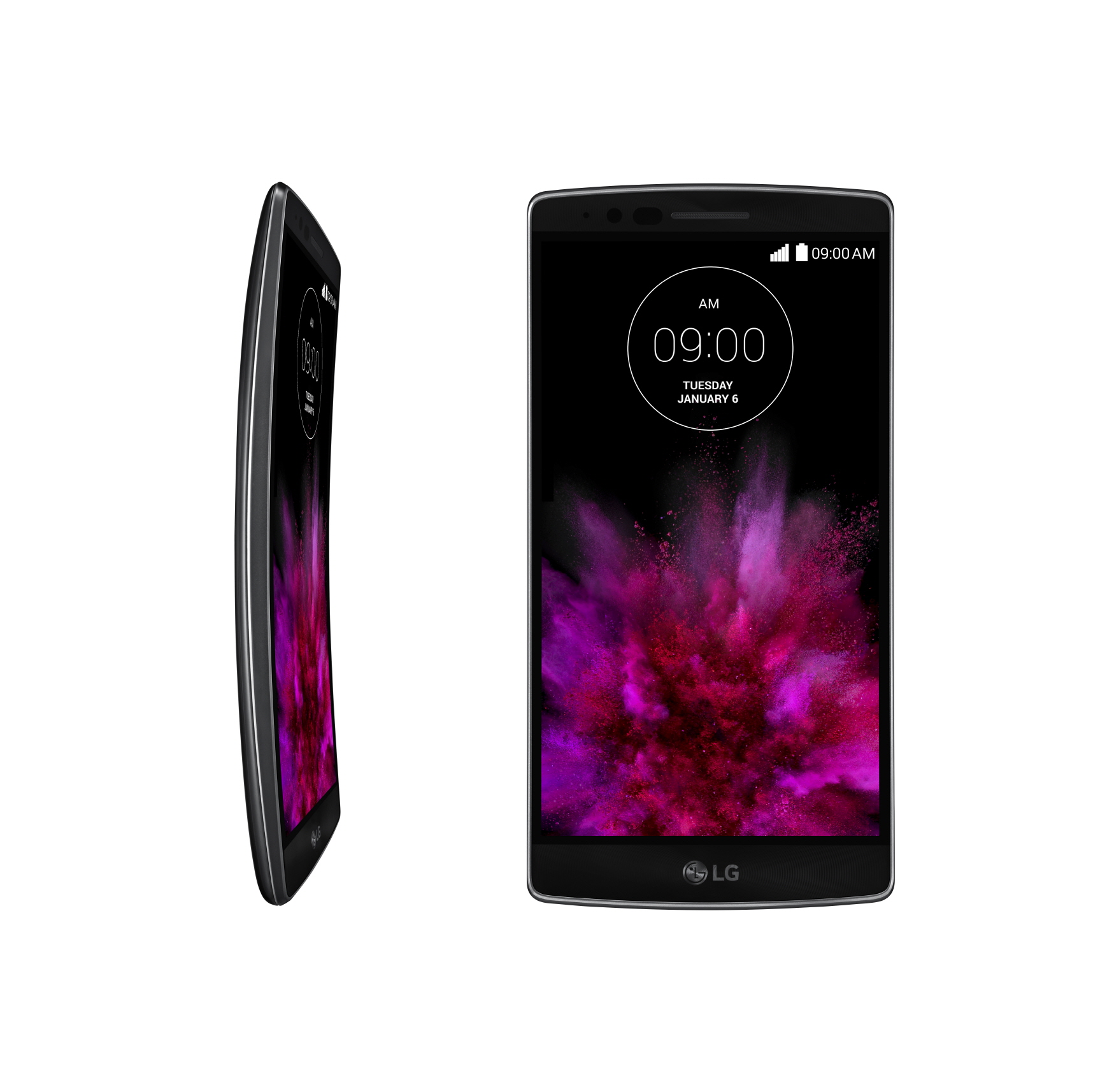 LG has now revealed its sequel, the LG G Flex 2, which, as the name suggests, is a flexible, curved-display smartphone. Just how flexible it really is remains to be seen (don’t expect it to bend too much), but this time around, LG is dumping more powerful hardware into the smartphone, making it a candidate for more than just looks.

Let’s start off with what LG did to overhaul the Flex’s design. The Flex 2 comes with a scratch-resistant back plate that heals itself. As science-fiction as that sounds, it actually works, and most minor scratches and dents will disappear in as long as 10 seconds, according to LG. The huge 6 inch display of the original Flex is gone, and we’re getting a 5.5 inch display that’s going to make the Flex 2 more of a smartphone than a phablet. Based on how hard to handle the original Flex was, we firmly believe this is a good thing. The display also got bumped up considerably, now being a full HD, 1920x1080p, 403 PPI Curved P-OLED one. It’s also more resistant to bending and applied force by about 20% when compared to the original Flex screen, which is a much needed modification. Let’s face it, the frailty of the original LG G Flex kinda killed the purpose of having a curved, flexible phone.

Moving on, we can see some significant upgrades in the LG G Flex 2‘s hardware side too. It’s the first announced phone to come with the anticipated 64-bit Octa-Core Snapdragon 810 chipset. It’s also clocked at 2 GHz, and although we’ll certainly see slightly higher clockspeeds in other smartphones this year, we’re certain this will be more than sufficient for anything you can throw at it. Add to that 2 GB of RAM, 16/32 GB of internal storage and microSD support, LTE and Bluetooth 4.1, and the package looks to be solid indeed. A 13 MP rear camera will also be included in the Flex 2, with the same popular features seen in last year’s LG G3, including laser auto-focus and OIS+. Particular attention has been given to the front-facing camera of the phone, with the new Flex 2 having a 2.1 MP selfie-camera that has a brand new software specifically designed for taking that perfect selfie. It can be controlled through gestures, such as making a fist, which will trigger a 3-second count-down, allowing users to set up for the perfect shot.

Speaking about software, as expected, the flexible smartphone will ship with Android Lollipop 5.0 out of the box, and will obviously receive all the major updates to Lollipop coming out this year. Last but not least, the phone comes with a 3,000 mAh battery, that has turbo-charging. In other words, LG claims that the LG G Flex 2 will be chargeable from 0 to 50% in about 40 minutes.

All-in-all, members of the press were extremely impressed with the Flex 2 at this year’s CES, and rightfully so. It’s a much more capable device than last year’s sibling, and it managed to steal quite a significant spotlight at CES 2015. Pricing has not been announced as of yet, and neither has the release date, but the G Flex 2 is likely to come out this spring with a hefty price-tag.

As long-time IT enthusiasts, gamers and gadget fanatics, Mark and I have been working in the industry for a long time and we both have a vast experience in dealing with smartphones, tablets, PC and console hardware and everything tech-related. My list of industry insiders is long-enough to allow me to get insights into what's going on in the technology field and provide my readers with interesting and timely updates. I focus on brief, to-the-point reporting, keeping the "bla bla" to a minimum and making sure my readers get easy access to important information and updates. I mainly specialize in Android-based mobile devices, leaving iOS and Apple devices in Mark's capable hands.
Previous Antenna79 reveals iPhone 6 signal boosting case, the Reach79
Next Used Car Dealer Sales Tricks Exposed