Home / Software / Games are more popular than apps thanks to IAPs 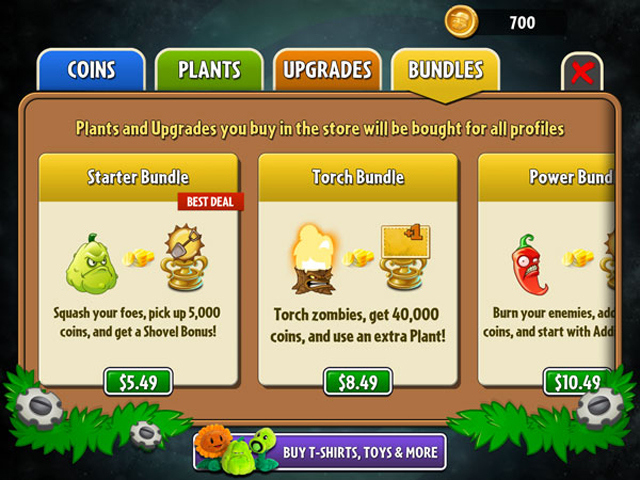 Games are more popular than apps thanks to IAPs

According to a recent report published about the revenue applications and games bring in the overall mobile-download industry in the U.S., IAPs aka in-app purchases are the main reason as to why games are a dominant source of revenue for companies. eMarketer published their report yesterday, and their findings aren’t surprising. IAPs are an annoying, but extremely profitable feature in mobile games, which have skyrocketed profits of games like Kim Kardashian: Hollywood into the $billions. From the report, we can also gain insight to the future of games and applications in the mobile-download world, and the forecast isn’t surprising to be honest.

IAPs are the main source of income for mobile games because they are implemented in otherwise free to play games. In these games, like Clash of Clans, Kim Kardashian: Hollywood and the upcoming Katy Perry game, users can play for free and progress in the game normally, but with IAPs they can enhance their gaming experience and get an edge over other players who don’t indulge in spending on IAPs. Besides IAPs, another driving force is behind the immense growth of mcommerce (as in mobile commerce), which is video and audio streaming. We’ve seen subscription-based content rise in popularity, as Sling TV, Netflix, Deezer, Spotify and more streaming services grow day by day. You can find out how eMarketer got to the numbers and results by watching their video report.

According to the study published by eMarketer, the whole mcommerce market will experience a huge growth this year, even though the number of smartphone, tablet and wearable users probably won’t increase that much as the user base is quite saturated. Nonetheless, there will still be growth in the number of people using mobile devices and implicitly IAPs. There still is a big part of mobile users who don’t use IAPs at all and don’t even spend money on app stores like Google Play or iTunes, but those numbers are dwindling as game- and app developers are finding new ways of driving customers towards their credit cards.

The study reveals that besides the growth generated by IAPs, the overall growth of mcommerce will take place in the games and ebooks sections. Mobile game downloads are expected to rise 16.5 % to $3 billion in the U.S. this year, while ebooks will rise by 4.4 %, music by 5.4 % and video by 13.8 %. As the mobile industry is evolving and growing, more and more people are relying on mobile apps and games for their entertainment, as well as for productivity and office tools. As the expansion of mcommerce reaches unimaginable measurements, we will see IAPs as well as subscription-based services like Google Play Music All Access and Netflix grow in revenue, as well as popularity.

If IAPs and paid games and apps are not your thing, app stores will still keep their free software portfolio saturated with games and applications that match those for which you would have to pay. At the same time, games with IAPs don’t necessarily impede the fun you have within a game, but spending money will surely improve your ranks and your skills. Despite the fact that many mobile gamers aren’t fond of IAPs, they still are the main source of revenue for thousands of developers publishing in mobile app stores.

Hi fellow tech enthusiasts! I'm Mary. I enjoy writing about tech, but I love tinkering with gadgets more. If it can take a screwdriver, leave it to me to fix it (or brick it). I'm passionate about Android and I'm all in for Google, but I don't stray from Apple nor Windows, so I'll keep you up to date on everything mobile (or stationary).
Previous Motorola tells Ive how it is: Apple is outrageous
Next Lenovo Vibe Z3 Pro images reveal the best camera-smartphone ever