Home / Smartphones / Motorola tells Ive how it is: Apple is outrageous 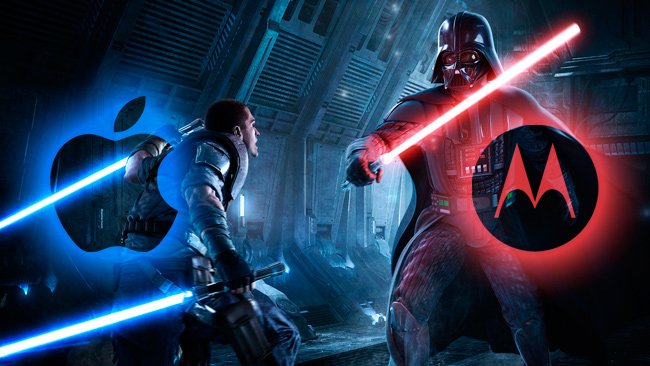 Motorola tells Ive how it is: Apple is outrageous

Motorola has found the criticism coming from designer Jony Ive as offensive and came through with a comeback that tells Apple and Ive how it is: Apple products are outrageously expensive. If you don’t know what we’re referring to here, you should read the extensive profile The New Yorker published about Jony Ive. In the profile, Ive talks about a lot of things, but a few statements in particular angered Motorola as a company.

Ive said in the interview, asking the interviewer not to name the company he was referring to, that “Their value proposition was ‘Make it whatever you want. You can choose whatever color you want.’ And I believe that’s abdicating your responsibility as a designer.” Motorola felt the reference Ive was making to their very successful Moto Maker interface that allows users to choose their own design when it comes to the Moto X, which is a very neat opportunity users are genuinely glad to have. Besides criticizing Motorola’s approach towards a small constituent of smartphone design as a whole, Ive mentioned that people make taste-based decisions about shoes and lamps. That reference is clearly offensive to both Motorola and the average smartphone user. With that statement, Ive essentially called smartphone users too dumb to choose the design of a smartphone, which is not true. Motorola demonstrated that users are perfectly capable of making their own design choices through Moto Maker by offering up a wide range of back panels and frames users could choose from.

Worth mentioning is that Ive attacked Motorola Moto Maker, but forgot to mention that the users aren’t in fact doing “industrial design”, instead they are just choosing the main elements that define the appearance of the phone they will hopefully use in the next couple of years. In my opinion, the acid commentary from Ive suggests a bit of insecurity towards Apple products, as many Apple fans have criticized the design of the iPhone 6 Plus which bends quite easily if under pressure.

Motorola didn’t take too kindly to the references Ive made towards Moto Maker and has come through with a response that makes the company’s position towards Apple rather clear. President of Motorola, Rick Osterloh, commented to the BBC that Motorola simply had a “different philosophy”.  Osterloh made it clear that Motorola’s “belief is that the end user should be directly involved in the process of designing products. We’re making the entire product line accessible. And frankly, we’re taking a directly opposite approach to them.” Them here is referring to Apple. “We do see a real dichotomy in this marketplace, where you’ve got people like Apple making so much money and charging such outrageous prices. We think that’s not the future. We believe the future is in offering similar experiences and great consumer choice at accessible prices. The mobile phone industry’s greatest failure is also its greatest opportunity: to make really good, affordable devices for people who don’t want to spend a lot of money. A great smartphone, and a great mobile internet experience, shouldn’t be an expensive luxury. It should be a simple choice for everyone.”

Needless to say, most smartphone users agree with what Motorola President Osterloh said in his statements to the BBC. Truly, Apple prices are outrageous and Ive making such derogatory statements about a company which has risen so much in the past few months thanks in part to the very thing Ive is criticizing is plain rude. The approach of Motorola is clearly different and the rising popularity of the company (which is now owned by Lenovo) is proof that users appreciate what it’s doing. In the end, each company strives to please the users and create a larger fanbase, which Apple isn’t really doing at the moment.

Regardless of the fact that the iPhone 6 and iPhone 6 Plus are selling like crazy, that doesn’t mean the philosophy Sir Jonathan Ive described in the New Yorker profile is a correct approach to users and relationships with other companies. Motorola seems to be offended by the remarks, and with good reason. Even though we try to be as objective and possible when discussing these matters, one can’t help passing judgement on an individual who is obviously trying to lessen the competition in a less than elegant way. Osterloh’s response seems like a much more diplomatic reaction to derogatory statements, which is a more correct approach to the so-called “business dialogue”.

Hi fellow tech enthusiasts! I'm Mary. I enjoy writing about tech, but I love tinkering with gadgets more. If it can take a screwdriver, leave it to me to fix it (or brick it). I'm passionate about Android and I'm all in for Google, but I don't stray from Apple nor Windows, so I'll keep you up to date on everything mobile (or stationary).
Previous Sony CEO is giving up on smartphones, turning to consoles for profit
Next Games are more popular than apps thanks to IAPs