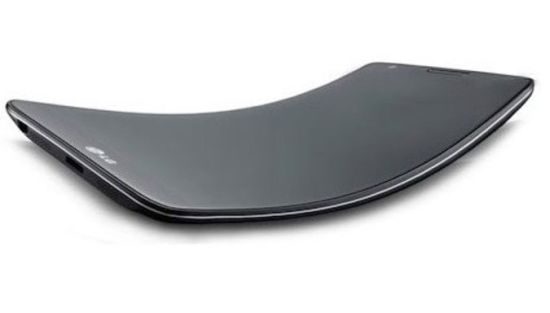 The LG G Flex 2 was launched at the CES conference last month and everybody was very hyped about the new technology embedded within the flexible smartphone. Even though the concept behind the LG G Flex 2 is not new, as the phone is actually a successor to last year’s Flex phone, the technology has been upgraded and the phone itself is far more advanced than what we had last year. Some voices in the industry say that the LG G Flex 2 is what its predecessor should have been when it was first launched. Overall, the interest towards the LG G Flex 2 isn’t mind-blowing, as the phone is rather slippery, a bit awkward and there aren’t that many people out there who jump up at the sound of a healing back panel. Nonetheless, we have learnt that if you’re among those interested in the handset, you will be able to place your order (pre-order) for the handset tomorrow.

It might help if you knew that the LG G Flex 2 pre-order thing is currently only valid on Sprint, which means that you’re going to have to make due with the carriers offers if you’re in a rush to get the phone. If you’re not in a rush, but still interested, the phone will be made widely available on March 13 (which is a Friday, actually). Sprint will offer the LG G Flex 2 for 0 down on a two year plan of $21 per month, which adds up to $504, which is rather impressive.

Honestly, we expected the LG G Flex 2 price to be quite hefty after seeing what it can do and how it looks like at CES 2015, but we are pleasantly surprised. When its predecessor was launched, it cost way more than just over $500, which is why we are surprised by Sprint’s pricing. The fact that it’s a contract deal should be factored in though, and we’re wondering what an unlocked LG G Flex 2 will cost once it is made available worldwide in March. The unlocked version’s price should be raised a bit, but we don’t expect it to go above $600, seeing what the contract price is. It’s a pretty neat deal to be honest, even if we’re not actually fond of singing binding contracts with carriers.

If you’re not familiar with the LG G Flex 2 (I just realized the name is a mouthful), then let me put you up to date with what the device brings to the table. First off, notable is the design of the device, as you might deduce from “Flex” addition to its name. The handset is actually curved on the sides, making it a perfect fit into your palm. The back panel is coated with a self-healing material that will pop things back into place in around 10 seconds. It should fix dents and scratches, which is a wonderful addition to the phone, especially in the eyes of those that don’t use cases with their devices. But the LG G Flex 2 doesn’t just back a durable chassis, but high-end specs, too, which can easily rival the handsets that should be launched at the MWC 2015 next month (such as the Galaxy S6 and LG G4).

LG G Flex 2 specs include a 5.5 inch P-OLED display with a 1080*1920 resolution, which makes for extended battery life as well as a neat, bright, crisp display that shows up well even in bright sunlight and has pretty good viewing angles, thanks to the flexible, curved display. All those pixels are managed by the latest Qualcomm Snapdragon 810 CPU, which is backed up by 2 GB RAM in the 16 GB model and 3 GB in the 32 GB model. The handset gets a microSD card slot, too, in case you run out of storage space. What’s moreis that the microSD card slot can actually support cards up to 2 TB! Although microSD expansion is a good thing overall, beware that you may encounter formatting issues as well as complete failure with them fairly often, which is why higher internal storage is better.

The LG G Flex 2 comes with a neat camera setup, too, as the company slapped a 13 MP sensor on the rear, complete with laser autofocus, dual LED flash and optical image stabilization. The front camera isn’t special, as it’s only a 2.1 MP selfie shooter, but it takes decent shots which are worthy of the occasional selfie with the mates. All that processing power, display and camera setup is powered by a 3000 mAh battery, which sadly, can’t be removed. Software-wise, the LG G Flex 2 is the first flagship device to come with Android 5.0 Lollipop out of the box, Optimus UI included. Overall, the flexible, curved handset is one of the best smartphones you can find on the market, so hurry up and pre-order if you’re a Sprint customer or want to be one.

Hi fellow tech enthusiasts! I'm Mary. I enjoy writing about tech, but I love tinkering with gadgets more. If it can take a screwdriver, leave it to me to fix it (or brick it). I'm passionate about Android and I'm all in for Google, but I don't stray from Apple nor Windows, so I'll keep you up to date on everything mobile (or stationary).
Previous Lenovo serves up adware Superfish to its loyal customers
Next Sony memory card engineered for premium audio experience