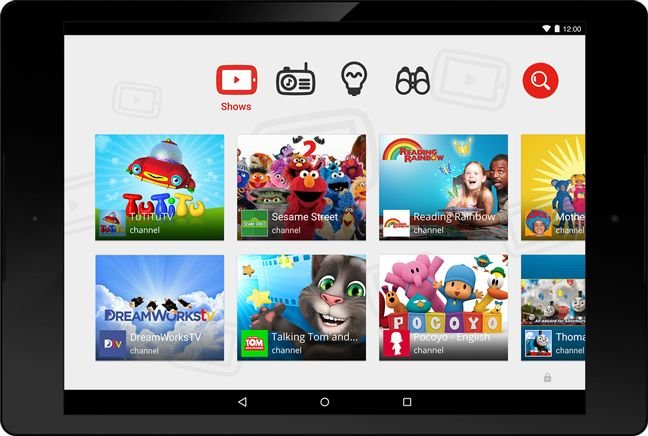 Youtube Kids launched for both Android and iOS devices

Youtube Kids has been announced last week, but many were thinking the application would only be available on Android devices at first. That seems to have been misinformation, as today is the launch day of Youtube Kids and it seems the app will be available for both Android and iOS devices. Sadly, the new app is only available in the U.S. for the time being, but we have a hunch that Google will expand support across the globe later this year.

Youtube Kids is a great initiative that shows how much people were actually asking for such an app. Youtube in general is a great place to watch videos and get new content and information, but it isn’t actually suitable for children, because parental control functions can’t always prevent the inevitable bad search result. Now, with Youtube Kids, children can access content that is uploaded with them in mind, without having to stumble across bad language or inappropriate imagery on the web. According to Google, Youtube Kids will host a slew of kids’ shows and cartoons, which is the perfect way to make this platform popular among kids so that they don’t feel left out.

Youtube Kids doesn’t just offer content tailored for kids, but the whole interface has been redesigned to facilitate easy access to exactly what the kids are looking for. The icons have been made easy to use, large and animated, reminiscent of children’s books, which is neat. The overall application looks very smooth and fluid and already has a ton of content available for the youngins’ . Kids will be able to browser through 4 main categories of content: shows, music, learning and explore. Google has unveiled that the content currently on Youtube Kids comes from DreamWorks TV, Jim Henson TV, Mother Goose Club, Talking Tom and Friends and more, not to mention the already popular kids’ channels that were live on the standard version of Youtube.

One of the features parents will appreciate most about the Youtube Kids app  is that it comes with a timer so that they can decide how much their children actually stay up watching videos without them being around. You can check out the video presentation above to find out more about the application. The app is free to use on both Android and iOS, and you can find the apps in the Google Play Store or in the Apple iTunes store, respectively.

Overall, the Youtube Kids apps is still a small install and doesn’t have as much content as the standard Youtube application, but Google will most likely expand the app’s library over time. We do suspect that content from Disney, Pixar and other studios will also be featured in the future, although we can’t provide confirmation for that. We could also assume that a premium or subscription based version will also be launched in the future, hosting shows which you can’t access for free at the moment without a TV provider or a paid streaming service. Whichever the case may be, we are glad to see that a dedicated video streaming application for kids is now available, especially with a timer function to limit the time kids spend on their devices each day.

Hi fellow tech enthusiasts! I'm Mary. I enjoy writing about tech, but I love tinkering with gadgets more. If it can take a screwdriver, leave it to me to fix it (or brick it). I'm passionate about Android and I'm all in for Google, but I don't stray from Apple nor Windows, so I'll keep you up to date on everything mobile (or stationary).
Previous Apple wants to hire Samsung employees, it’s not a joke
Next Toyota is not getting into Apple CarPlay right now