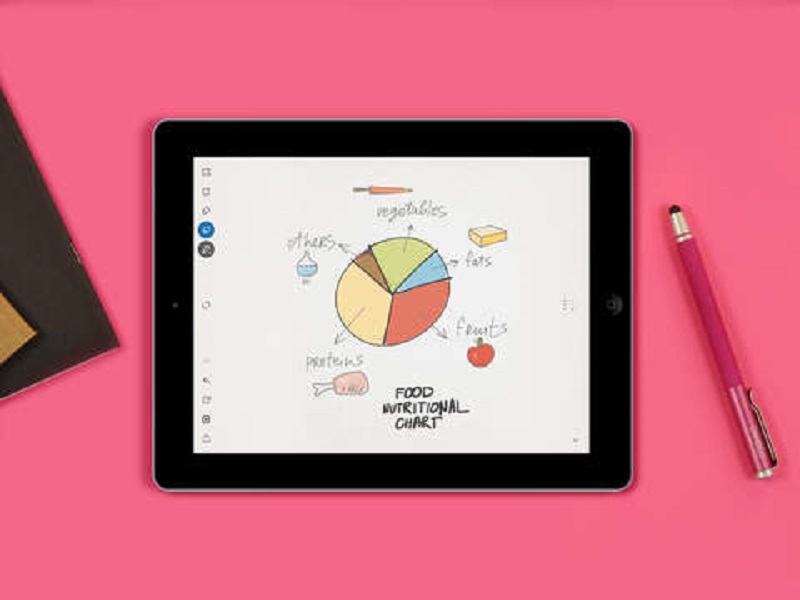 Wacom sends out neat update to Bamboo Paper and stylus

Wacom, the company behind one of the most best-selling styli and note-taking apps, Bamboo Paper, has announced today that a new update is rolling out to the users of their products. Wacom is one of the biggest styli manufacturers in the world and has gained a lot of fame among Apple device users with its styli and intuitive Bamboo Paper application. There are millions of iPad users out there who make use of Wacom products and stand by them as being the best out there. Wacom also provides styli for companies like LG and Samsung, but it seems iPad users are the most prevalent among its customers.

In the new update to the company’s Bamboo Stylus, Intuos Creative Stylus 2 and the Bamboo Paper app, Wacom adds new features and neat optimization so that your note-taking experience can be improved. First off, one of the biggest features the company is adding is the ability of the app and styli to adjust depending on wrist position. After you’ve installed the update and try to set Bamboo Paper up, you’ll be prompted to choose from among 6 different wrist positions so that the app and styli can improve offset correction accurately and based on the users’ habits.

The firmware update from Wacom also promises to improve accuracy, details, and fixes a bug that was impacting the battery indicator for the styli. Even though the update isn’t a major one, it promises to improve the overall experience of using a stylus with the iPad and draws heavily on iPad users’ needs for accuracy and great detail when drawing, sketching or just plain note-taking. Even though styli use isn’t as popular with tablet users yet, it seems to be slowly evolving into the norm.

We’ve seen Wacom styli being used with Microsoft Surface convertibles, Android tablets, Lenovo tablets and many other touch-screen enabled devices and users seem to be getting familiarized with the new input. Styli use has really taken off since the Galaxy Note 4 was launched, as Samsung managed to get in some neat new features into its TouchWiz interface that specifically target the way in which we use a stylus to interact with applications on our smartphones and other devices. We’re expecting Wacom and other styli makers to start booming in revenue as more and more people start to switch out laptops for more portable devices like tablets and convertibles.

Using styli for input isn’t as easy as it sounds at first, but one can really get used to it  in a matter of days. With the new technologies now available, one doesn’t even have to touch the screen of a device with the stylus in order for the commands to be picked up easily, so the entire process has been made very easy. By adding wrist positions to the updated Bamboo Paper app, Wacom essentially improves the way in which the styli and app interact with each other and can accurately and finely pick up gestures without mistakes and errors. With that, Wacom hopes to make the use of a styli even more popular with tablet and more specifically, iPad users in the future. We’re looking forward to seeing more styli and related technology revealed at the MWC 2015 trade show.

Hi fellow tech enthusiasts! I'm Mary. I enjoy writing about tech, but I love tinkering with gadgets more. If it can take a screwdriver, leave it to me to fix it (or brick it). I'm passionate about Android and I'm all in for Google, but I don't stray from Apple nor Windows, so I'll keep you up to date on everything mobile (or stationary).
Previous Kyocera and SunPartner introducing solar-powered smartphone
Next Pebble Time is the new color Pebble smart watch