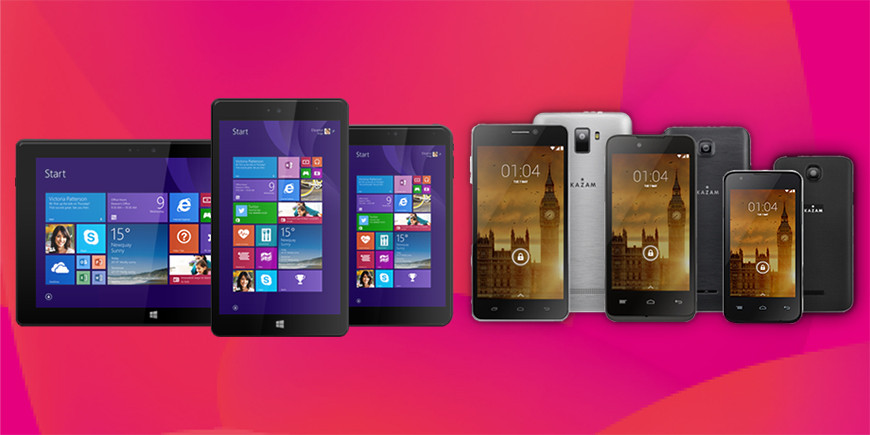 Kazam isn’t the most famous company on the market right now, but they’ve managed to get a lot of hype recently in the UK after their ad for one of the Trooper phones was banned because of nudity and objectifying women. You can watch the ad from Kazam on their Youtube channel, if you like, but I agree with the UK that showing off a half-naked woman for a couple of minutes is not an adequate advertisement for a phone. Nonetheless, the Kazam commercial has stirred people up a bit. But that’s not news today, the news today is that the company is launching 5 new devices, to be introduced at the MWC 2015 trade show next week, and all 5 will be running Windows.

Got your hopes up? We’re sorry, but we like bursting bubbles this time of the year. As Spring closes in and colds are getting common, our spirits tell us we shouldn’t be as cruel as to insinuate new Windows 10 devices (aside from the phone Acer is launching at the MWC 2015). These 5 devices from Kazam will run on Windows 8.1 at launch, but they will get Windows 10 eventually. The new devices include 3 new tablets and two new smartphones, so it’s a full line-up that aims to cater to any kind of Windows fan and it’s actually winking at me. But that might just be the common cold.

The Kazam line-up includes the Kazam L7, L8 and L10 and by now, you’ve probably guessed what the numbers stand for. The Windows tablets’ screen sizes try to cater to all kinds of customers, from those who like smaller, compact tablets, to others who like to be somewhere in the middle and finally to those who like their media big on a big display. The Kazam L7 comes with a 7 inch display, the L8 with an 8 inch one and the L10 with a 10 inch one. Kazam says that these new tablets are going to be very affordable, although they haven’t disclosed the prices yet. We’re curious. 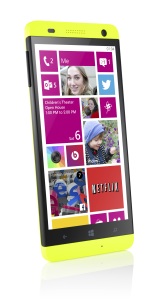 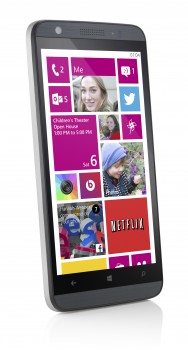 The specs of the new Windows tablets don’t seem to be very different among each other, although the company hasn’t given out too many information about hardware yet. All three of them run Windows 8.1, which is nice, but we’re looking forward to Windows 10. All we know is that all three slates come equipped with Intel Inside, as in quad core CPUs and 2 MP cameras on both the front and back of each. So far, we’re not convinced that these are worth attention, but we do hope they are as they’re looking quite nice from the promo pictures released by Kazam.

As for the smartphones, both of them are Windows 8.1 handsets that are once again advertised as very affordable gadgets. The Kazam Thunder 450w and Thunder 450WL  are nearly identical, but reminiscent of HTC design, if you look at the bezels. They do look quite sleek and neat and we actually love the yellow color scheme. It makes the phone pop, as one would say. Anyhow, these phones both have 5 inch displays with 720*1280 resolution, which is just about enough for a mid-range smartphone. We don’t know much about processing power, but we did find out that the handsets both have 8 MP front-facing cameras and 32 GB expandable internal storage. Finally, Kazam also launched 6 new Trooper phones, and another Life feature phone. We’ll find out more once the MWC 2015 trade show kicks off!

Hi fellow tech enthusiasts! I'm Mary. I enjoy writing about tech, but I love tinkering with gadgets more. If it can take a screwdriver, leave it to me to fix it (or brick it). I'm passionate about Android and I'm all in for Google, but I don't stray from Apple nor Windows, so I'll keep you up to date on everything mobile (or stationary).
Previous BQ announces new phones ahead of the MWC 2015
Next Pebble support coming to Windows Phone