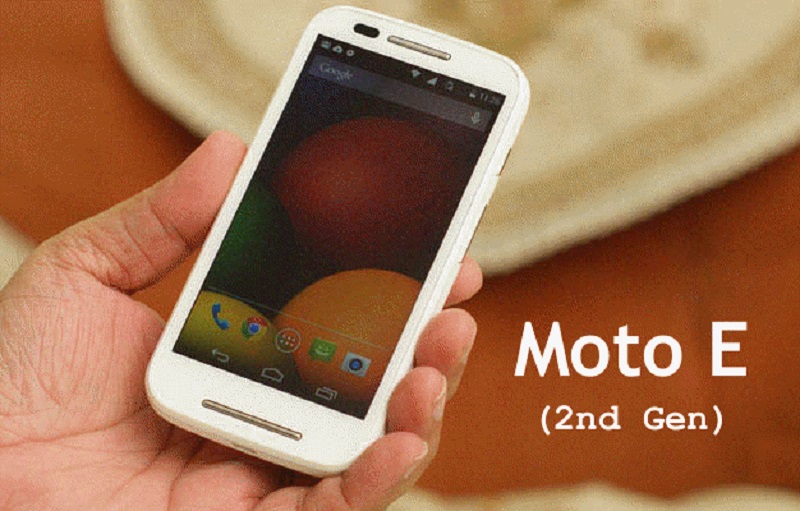 2nd gen Moto E might be the best budget smartphone ever

Motorola has sent mystery boxes to members of the press yesterday, and to our surprise, these boxes contained none other than the company’s newest smartphone, the 2nd gen Motorola Moto E. We were a bit surprised to see the Moto E surface so soon, as the original handset was launched in May 2014. Nonetheless, we’re glad to see the budget phone launched so early, ahead of the MWC 2015 trade show, as there were many people out there waiting for it ever since the 2nd gen Moto G was launched last Fall. You can already buy the phone from Motorola.

The so-called flagship fatigue might have set in with users, and combined with reluctance to sing up for two-year contracts with carriers, the Moto E sits just right on the grand scale of the smartphone market. The 2nd gen Moto E is a super-affordable, yet very powerful smartphone with all the features one might need in a phone. For $150 unlocked, the Moto E is everything a smartphone user would want, if they don’t need top of the line hardware. As it’s so cheap, it’s a great buy for somebody who doesn’t have $600 to buy a flagship or won’t have at least $800 when the new flagships are launched at the MWC 2015 on Sunday. If you are among those people who wants to have an unlocked phone, for a low price, but still get decent performance, the 2nd gen Moto E is for you.

First off, compared to its predecessor, the Moto E 2015 actually shines bright. It’s got new features, better design, more storage space and 4G LTE, which was missing from the original model. The 2nd gen Moto E is larger, although it’s still at the optimal size with a 4.5 inch display that has a decent 540*960 resolution which adds up to 245 ppi pixel density. Granted, that resolution is a bit below optimal, but you do get the added 0.2 inches of display for extra viewing, which comes in handy in the case of multimedia files. Still, the best added feature in the new Moto E is LTE, no doubt.

Further along the spec sheet, we notice quite a few differences between the first and the 2nd generation Moto E. While the first one comes with Android 4.4.4 KitKat out of the box and will receive an update to Android 5.0 Lollipop soon enough, the 2015 version of the phone comes with Android 5.0 out of the box, near-stock, just how we like it. What we like about Motorola is that they actually offer customers sensible choices when it comes to smartphones, perfectly illustrated by the 2nd gen Moto E. There are actually two variants available, the one we’ve discussed so far, and another one with only a 3G connection, whose price is $50 cheaper. That way, the user can choose whether they actually need a faster data connection. There are many regions out there which don’t have LTE coverage yet, so this version of the phone is intended for these kinds of emerging markets, and it’s a good call. The inferior model also comes with a slightly inferior spec-sheet, including a Snapdragon 200 CPU and Adreno 302 GPU.

The LTE version of the new Moto E comes with a Snapdragon 410 CPU, backed by an Adreno 306 GPU and 1 GB RAM. You get 8 GB internal storage and a microSD card slot which can hold cards up to 32 GB as extra storage. While on the original model, we didn’t have a front-facing camera, the new Moto E definitely had to come with one, so Motorola delivered on that. It’s not a massive improvement, so there’s nothing to write home about, but at least it’s there. The rear camera is a slightly improved 5 MP shooter with autofocus, but no LED flash, while the front camera is a VGA shooter.

If you want a budget phone, but are afraid the battery life will be a letdown, you shouldn’t be worried. The 2nd gen Moto E got an updated battery unit, too, which measures 2390 mAh, which is quite the improvement over the 1980 mAh battery in the original variant from 2014. We can’t speak for battery life yet, as only a day has passed since the phone was launched, but our hunch is that the phone will actually make it three days with mixed use, although that’s a guess. So, what do you think? Is the Moto E truly the perfect budget-smartphone? Does it offer enough value for the $150 price tag on the LTE version?

Hi fellow tech enthusiasts! I'm Mary. I enjoy writing about tech, but I love tinkering with gadgets more. If it can take a screwdriver, leave it to me to fix it (or brick it). I'm passionate about Android and I'm all in for Google, but I don't stray from Apple nor Windows, so I'll keep you up to date on everything mobile (or stationary).
Previous Google Fiber expanding only if cities collaborate
Next Android for Work focuses on security and practicality