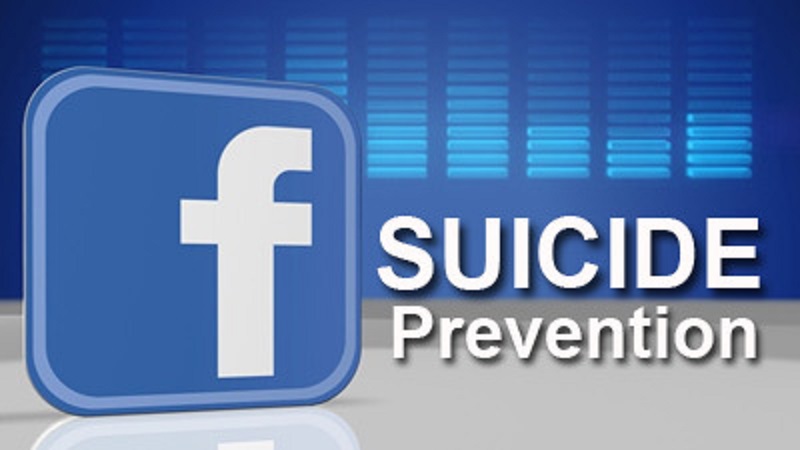 Facebook has rolled out a new feature today, which tries to prevent suicides from happening. The social network, over the past few months, has become increasingly involved with humanitarian causes, and the new tools that users can now access are proof of that. Facebook is now getting involved with suicide prevention, and the way in which it’s doing it is actually quite clever. If you’re feeling suicidal, you don’t need to reach out to Facebook, because it will reach out to you. Although if you don’t have any close friends that would notice that you’re feeling down and depressed, this feature might not help you.

Suicide prevention is an important and difficult feat to be taken up by a social network, but Facebook seems to believe it can genuinely help with these problems. Raising awareness about suicidal people is, in my mind, very important and people need to be educated on approaching these at risk individuals to try and help them get past their dark thoughts. I can’t really relate to these issues, because I’ve generally been surrounded by positive people and environments, but I do remember my teenage years when these kinds of thoughts crossed my mind, as well. I blame it on puberty, because it seems to have been just a phase. But what could have happened is frightening to me, so I definitely applaud the effort from Facebook to try and counter self-destructive behavior and thoughts. 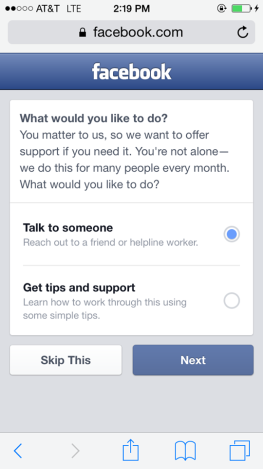 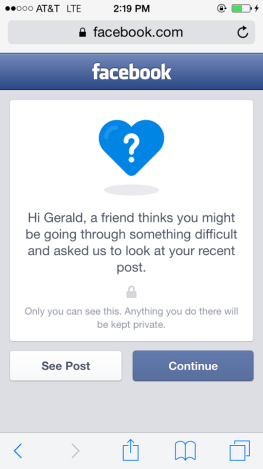 Facebook has been aware of suicidal content and thoughts being published on the social network for 4 years, allowing users to flag this kind of content. That was a good initiative, but it seems the company now sees the potential of its software and its influence over people. This week, Facebook will start pushing out a new feature that will be visible inside posts which will let friends and Facebook members to report posts for being suicidal. This action will have serious consequences, this time, because the person that has had their post flagged will be contacted by Facebook offering its help.

The feature will let the affected person contact those who have reported their behavior as suicidal, although I don’t know how many would actually heed these warnings. Besides that, Facebook will also offer those in need the possibility of getting in touch with a suicide help line, which can make a lot of difference if they accept the offer. What’s sad, in my opinion, is that the feature will only be available in the U.S. for now. Facebook did promise to make it available across the world, but didn’t provide an exact timeline for that.

The social network partnered up with various organizations in order to turn this feature into reality, so it’s not that it’s going to blindly identify people as suicidal or at risk. According to their post, Facebook has partnered up with mental health organizations, including Forefront, Now Matters Now, Save.org and the National Suicide Prevention Lifeline, among others. Teams advised by professionals will review the reports users send in and determine the seriousness of the issue, only to take action afterwards. According to their post, Facebook will send help immediately if someone is at risk.

Hi fellow tech enthusiasts! I'm Mary. I enjoy writing about tech, but I love tinkering with gadgets more. If it can take a screwdriver, leave it to me to fix it (or brick it). I'm passionate about Android and I'm all in for Google, but I don't stray from Apple nor Windows, so I'll keep you up to date on everything mobile (or stationary).
Previous Pebble support coming to Windows Phone
Next Google Fiber expanding only if cities collaborate