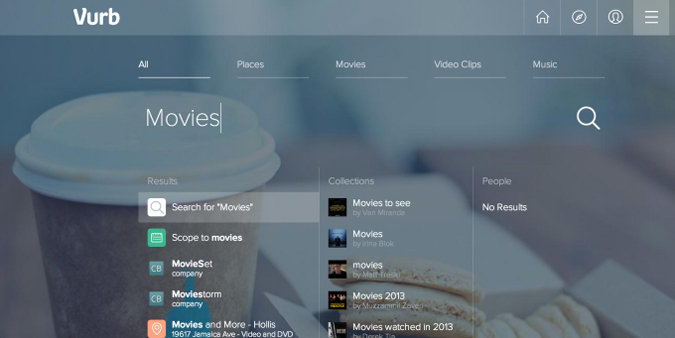 Google Search is probably the most used search engine across the world, yet Vurb, the newest search engine aims to draw customers in with quite a few neat features. Vurb is totally new and completely free, and it’s not actually a search engine per se. It’s more of a mobile application, but it performs all the tasks that Google Search, Yelp, Fandango, Uber and more do. Curious? I was, too, and by the time I finished my research on the topic, I became a Vurb fan. Not that I would abandon Google, as it is still my main search engine on the desktop and mobile. But Vurb has a lot of potential, it just needs to be perfected and picked up by mobile enthusiasts around the world.

Bobby Lo is the man behind Vurb, and he thinks he’ll make it big with the app, and I don’t disagree. Although startups and new platforms are not particularly easy to promote, there occasionally comes an idea that just has to be mentioned and forwarded, because it’s really good. If you’re a mobile tech fanatic and have come to rely on the internet for all the information you need on a daily basis, Vurb is for you. Vurb is only available in the Apple app store, for now, but it won’t be long until an Android version will be launched, in my mind. Bobby Lo says it’s coming in a few months.

The principle behind Vurb is to help users skip using multiple applications on a daily basis. For example, when you’re planning a weekend trip, you’re going to use Yelp, TripAdvisor and who knows what other kind of app to find your restaurants, traffic data, maps, spots to hangout in, tourist attractions and whatnot. Vurb proposes that you use a single app to find everything you need when you’re going out, and it’s actually a nice idea. With Vurb, you get information from all of these niche apps in one card, and you can go to a website for more details if you need them.

Vurb aggregates content from 30 different niche applications, so it offers a pretty comprehensive library of knowledge, with less hassle. You don’t have to install the other apps on your phone or tablet in order to benefit from the information Vurb offers you up. You can go to each venue’s own website for more information and will get a notification to download the app that you’ve connected through, if you want to. We’re wondering how apps like Yelp will react to this in the future, but it seems all is going well for Vurb at the moment. Since the app is free, it’s an excellent new app that you should definitely try, because it might replace a cluttered app drawer in the future.

Bobby Lo also integrated sharing options within Vurb, which means you can share the cards that you’ve administrated with friends using Vurb. That means that once you have your venue, location, time, and all the activities that happen afterward, you can share all the details, in one card, with your friends. That sounds easier than sharing the navigation information, the reservations, menus, schedules and transportation options individually. Vurb is overall a very promising application that can easily declutter the way in which you use technology and applications in general. We’re looking forward to the Android launch of the app, but in the meantime, those with iOS devices can already get a taste of Vurb.

Hi fellow tech enthusiasts! I'm Mary. I enjoy writing about tech, but I love tinkering with gadgets more. If it can take a screwdriver, leave it to me to fix it (or brick it). I'm passionate about Android and I'm all in for Google, but I don't stray from Apple nor Windows, so I'll keep you up to date on everything mobile (or stationary).
Previous Butterfly sensor is a breakthrough in bomb detection
Next iPhone 6 might no longer be sold in the U.S. as Ericsson sues Apple