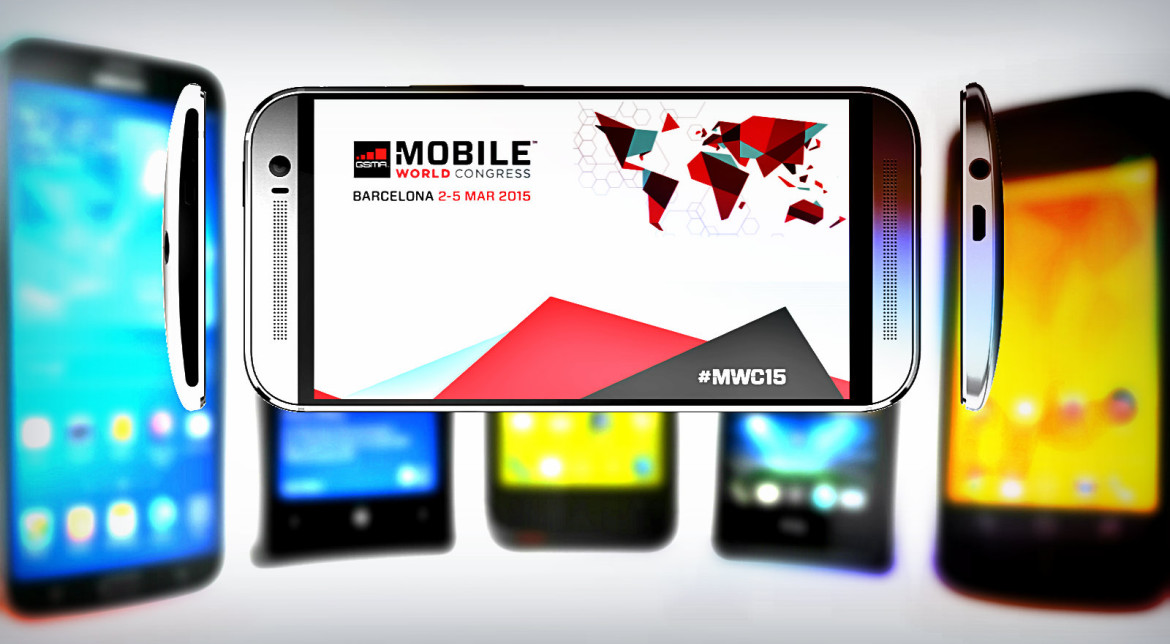 Everything you need to know about the HTC One M9, Galaxy S6 and Galaxy S6 Edge

The MWC 2015 is kicking off tomorrow, but we’re more excited about the two big events that will be held this afternoon. The Samsung Galaxy Unpacked event and the HTC One M9 launch event were scheduled for today, besides the Huawei show that we’ll be talking about in a future post. The MWC 2015 is shaping up to be the most exciting event of Spring, even though CES 2015 wasn’t a disappointment either. But with all the companies teasing their new offerings for the MWC 2015, we are definitely stoked about what kind of devices will shape the way in which 2015 will look like in the history books about technology.

Now, the first event to take place will be the HTC One M9 launch event, so let’s see what we’re expecting from that. First off, we should say, that Upleaks managed to leak three promo videos about the HTC One M9, showcasing the phone in all its glory. We felt rather disappointed by the massive leak, because we love surprises. I, for one, was more disappointed in what Upleaks actually leaked, because the HTC One M9 looked like the HTC One M8, with a different camera on the rear. That, for me, is less interesting of a launch because I always harbor high expectations of HTC, because I really like their handsets. Nonetheless, if we’re to look at it objectively, the HTC One M9 from the leaked videos reflects everything customers loved about its predecessor, so it’s a safe plan from the Taiwanese company.

As Samsung promised a completely redesigned handset, the Galaxy S6 and the Galaxy S6 Edge, for MWC 2015, many thought that innovation and new designs would be the tagline of the event, and put HTC into that melting pot of trending subjects. As the redesigned part of things was more or less debunked by the leaked videos, at least we are hoping for innovation, and I’m sure HTC won’t disappoint there. Let’s see what we know (or think we know) about the HTC One M9 so far. Even though the leaked videos aren’t HTC One M9 hands-on ones, they do reveal a lot about the handset and its design.

Most notably, the HTC One M9 video shows that the new flagship isn’t very different from the old one, save for the rectangular camera opening on the rear of the phone. Otherwise, we’re greeted with the same metal unibody design as seen on the One M8, with slightly thinner bezels on the side. The top and bottom bezels are still rather large and they house the BoomSound speakers with Dolby sound incorporated. These speakers were confirmed by HTC on their Twitter account, so we’re definitely curious how improved BoomSound will be on the HTC One M9. We can’t say for sure if the videos show a 5.0 inch FHD display, but that’s our best bet right now. Even though many feel that HTC should incorporate QHD display into the HTC One M9, my opinion is that since we don’t even have that many apps, games or media that can take advantage of such a high resolution, FHD would be the better choice. Moreover, an FHD resolution display would result in extended battery life, compared to a QHD panel. I would always value battery life more than QHD, because I honestly don’t feel the need for such a high resolution on a 5 inch smartphone, as I feel it is rather redundant, but that’s just my opinion. Do you guys think HTC should slap a QHD panel on the HTC One M9 or would you be content with FHD?

At the MWC 2015, people will be able to get their hands on the HTC One M9 and see how they feel for themselves. The launch event is starting in a few hours, so members of the press will be able to provide curious individuals with first impressions, so by tonight, we will know everything we want to about the HTC One M9. As far as internal specs go, the HTC One M9 is said to feature a Qualcomm Snapdragon 810 CPU, 3 GB RAM, Android 5.0 Lollipop and Sense 7.0. We’re most curious about Sense 7.0, as we’ve been looking forward to the new UI from the Taiwanese company since Fall. Once Sense 7.0 is out in the open, we’re sure older handsets will also get the updated user interface in due time. According to the HTC One M9 videos, Sense 7.0 will be much more simple and will get new features like Themes and more settings to fiddle with, but my guess is that it’s just the tip of the iceberg.

In any case, the HTC One M9 is all the rage right now, even though most of us already know what to expect. HTC still promised surprises, so we’re definitely excited for the launch event. We’re wondering if the 20 MP camera on the rear that’s rumored to be featured on the new flagship will have optical image stabilization or some other neat feature. Eye Experience will definitely get an update once the HTC One M9 is launched, and the promo videos do emphasize a photography-centered experience with the One M9, so we’re looking forward to something surprising, at least.

The Galaxy S6 and the Galaxy S6 Edge were repeatedly teased by Samsung in their own promo videos. Once again, these are not Galaxy S6 hands-on videos, but they still reflect quite a lot about what the South Korean company will be introducing this evening. The Samsung Galaxy Unpacked event is scheduled for 6 pm EST, so we only have a couple of hours until we find out what’s going on with Project Zero. Expectations are high when it comes to Samsung’s new flagships, as the teasers do give us a lot to think about. First off, we’re curious about built-in wireless charging, as Samsung said that 2015 is the year of wireless technology, definitely referring to the Galaxy S6 and Galaxy S6 Edge. Sources say the battery in the handsets will be even smaller than on the Galaxy S5, which sounds terrifying, as the Galaxy S5 didn’t have a great battery life to start with.

Since the South Korean company dubbed their new flagship Project Zero, they planned to start from scratch in design and hardware. That means that hopefully, we’ll be looking at a design that is inherently different from what we’ve seen from the company before. The full metal unibody of the Galaxy S6 and Galaxy S6 Edge are a guaranteed development, as the video teasers pointed out that the handset is made from materials around it, hopefully referring to metal, not wood or plastic. Another suggestion would be glass, as seen on Sony’s Xperia Z3 or other Xperia devices. If the Galaxy S6 gets a glass cover on the front and back, or something like that, we’re looking forward to hearing about fingerprints sticking to the phone. That little mishap was a pretty annoying problem with Sony’s phones, too, but only aesthetically. Otherwise, a glass design will allow faster cleaning and a bit more durability than plastic. We’ll see tonight, for sure. What are you hoping for? A full metal unibody Galaxy S6 and Galaxy S6 Edge? Or would you like a hybrid design between glass and metal?

Galaxy S6 specs include a lot of rumors and speculation, especially around the processor. That’s because, reportedly, Samsung and Qualcomm have split, which means that the new Snapdragon 810 might not be present in the new smartphone. If that’s true, that most likely, the company will use their own in-house octa-core Exynos chipset, which might not sit that well with all Galaxy fans. Nonetheless, leaked benchmarks of the processor showcase great speed and record scores or Antutu, Geekbench and GFXBench. We’re definitely expecting a powerhouse as the Galaxy S6 and S6 Edge, but we’ll just have to see how it performs with real use after the launch.

Supposedly, both the Galaxy S6 and the Galaxy S6 Edge will come with 5.1 inch QHD Super AMOLED panels on the front, with a few extra pixels added in the case of the former, which might have dual edge screens on both the right and left sides of the phone. Many were hoping for a larger footprint in the Galaxy S6, so a phablet, but it doesn’t seem too likely as Samsung has the Note line for that and the Galaxy Note 4 is a rather impressive device. At the same time, we could speculate that the Edge variant will have a bigger display, although we can’t say for sure.

When it comes to camera, we were very impressed by what the Galaxy Note 4 can do, so my opinion is that if Samsung put the same 16 MP sensor in the Galaxy S6 and S6 Edge, I would be content and happy. But others believe that wouldn’t be enough for a flagship, so rumors say that a 20 or 21 MP sensor will be slapped on the rear of the device, complete with optical image stabilization. I’m not saying that’s not a good option, but it will definitely drive the price up. Speaking of price, our sources tell us that the Galaxy S6, being premium and all-that, will definitely go over the $800 mark, which would spell a lot of trouble for fans who already thought the Galaxy S5 was expensive. The Galaxy S6 Edge should be even more expensive, as our sources hint at prices over $900 for the non conventional handset. Forgive me, but I think such high price would shoot the success these phones will have on a market that is constantly asking for cheaper phones. That’s because many people don’t like the prospect of buying phones with contracts, because let’s face it: binding 2-year contracts aren’t exactly flexible, they are expensive per month and you pay a lot for the phone, in the end, if you calculate all the expenses. I always advise people to choose unlocked phones, but hey, if Samsung is in on a deal with some carriers around the world, it’s their choice.

That’s all we know for (almost) sure about the HTC One M9, the Galaxy S6 and the Galaxy S6 Edge. We will find out everything we need to in a couple of hours and will get back to our readers to update them on state of affairs. What would you like to know first about the HTC One M9 and Galaxy S6? I would definitely want to know pricing and availability first, after which I would like to find out more about specs. Lastly, I’m interested in their design. Even though Samsung’s headliner is all about design, I don’t think that will be the most relevant or interesting part of the phone. How about you?

Hi fellow tech enthusiasts! I'm Mary. I enjoy writing about tech, but I love tinkering with gadgets more. If it can take a screwdriver, leave it to me to fix it (or brick it). I'm passionate about Android and I'm all in for Google, but I don't stray from Apple nor Windows, so I'll keep you up to date on everything mobile (or stationary).
Previous iPhone 6 might no longer be sold in the U.S. as Ericsson sues Apple
Next Project Ara will include Sennheiser audio modules