Home / Hardware / HP, or rather Microsoft releases the Spectre x360 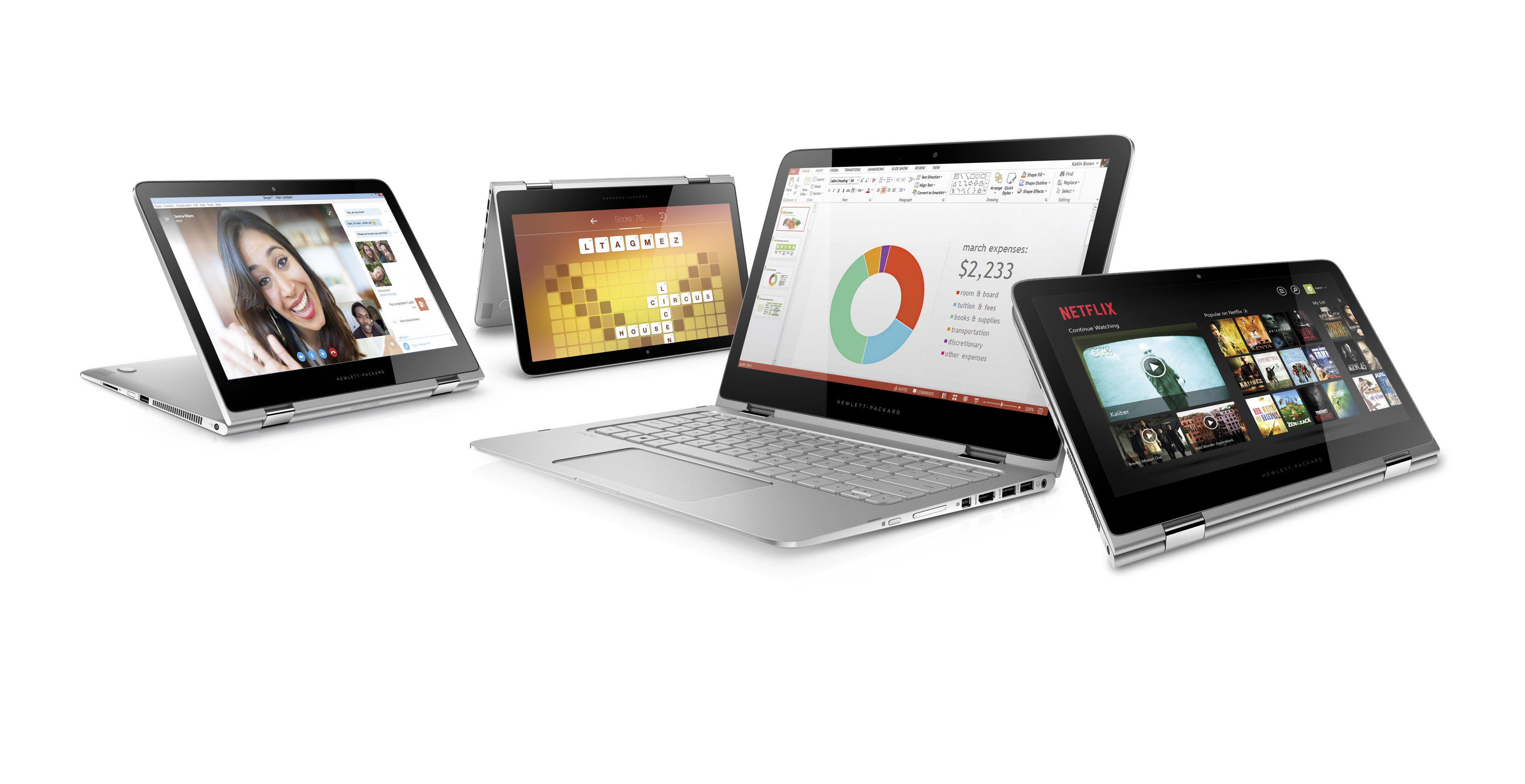 HP, or rather Microsoft releases the Spectre x360

HP and Microsoft seem to have struck a deal for the MWC 2015 this year, as the newest laptop from the American company debuted today at the MWC 2015 show. The HP Spectre x360 isn’t that special, to be fair, as it is in line with HP’s design language and performance, but the fact that Microsoft decided to get in on the “building process” of the notebook seems to be much more interesting to fans. Microsoft is yet to build its own laptops, as the company seems to be focusing more on its convertible line for now, not to mention their software and enterprise solutions. But the Spectre x360 might just be what Microsoft would have made if they had made it completely by themselves.

HP and Microsoft have been working on the Spectre x360 for over a year now, and the result is truly a device representative of the Redmond-giants philosophy. Naturally, you get Windows directly from the source, and Microsoft has chipped in on every manufacturing process involving the Spectre X360. The company decided that it would only completely approve this laptop as its name-bearer if it would reflect their philosophy on software, mostly. Still, the company also got involved in the hardware parts, chipping on on display specifications and more.

The design of the Spectre x360 isn’t that rudimentary, though, as HP and Microsoft decided to compete against Lenovo with this one. Like, directly against Lenovo, because the laptop actually has the same time of hinge seen on the Lenovo Yoga Pro 3. It can go round and round  in a 360 degree angle, which means that use it in about every type of way you can imagine. I’m personally a big fan of convertible devices like this, because they offer extra portability and mobility for the user. I’ve always loved Lenovo’s Yoga tablets and notebooks, and this lightweight Spectre x360 seems to be the perfect competitor against those. The design of the Spectre x360 is well thought-out, which is a given when you’re talking about something Microsoft helped make. Its got a sturdy aluminum chassis that is smooth as silk, and the way in which it folds will not make it feel bulkier or thicker. 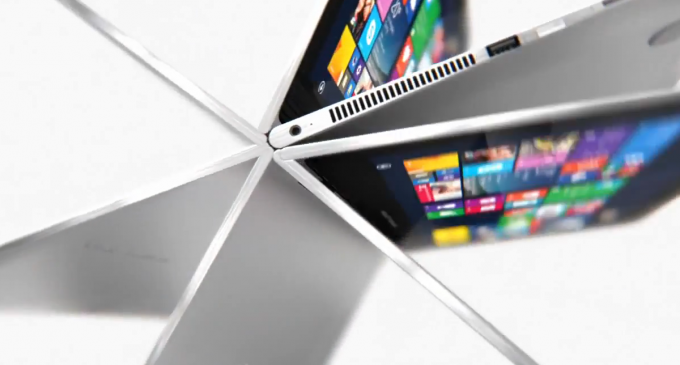 Moving on to specs of the Spectre x360, we get what you would expect from such a notebook. Nothing too spectacular, yet it manages to impress. On the front (or back, depending on how you hold it, haha) we get a 13.3 inch display. You will be able to choose the resolution of the display once the laptop is out in the open. You can choose between an FHD or a QHD display, which means you can either get a 1920*1080 resolution or a 1440*2560 resolution, which is pretty ok for a laptop this size. The display has a flaw, which kind of bothers me with laptops in general: glossy, shiny finish. I like matte displays, but that depends very much on user preference, so maybe the Spectre x360 hits your sweet spot.

According to Microsoft and HP, the Spectre x360 will shine in the battery life department, as the larger dimensions of the laptop allowed for a bigger battery to be built in. According to the companies, the battery will last up to 12.5 hours courtesy of the 56Wh battery, which should be very impressive. We can’t say for sure until we get some private time with the thing, but we’re honestly hoping for the talk to be real. We’ll have to wait a bit more until we get our hands on a review unit, though, but you should stay tuned to find out more. What we did notice on a first look was the lack of HP bloatware.

Other specs of the notebook include an Intel Core i5 CPU, 4 GB RAM, 128 GB SATA ROM for the base model, while the more premium version gets an Intel Core i7 CPU, 8 GB RAM, 256 GB SATA ROM, both endowed with FHD displays. If you want QHD, you’ll get the latter configuration with the added benefit of 516 GB SATA ROM. Microsoft cracked down on bloat with the Spectre x360, as HP didn’t install almost any of its usual bloatware. Even though it’s not yet a Windows 10 machine, the Spectre x360 will eventually end up being one. Right now, you get a clean Windows 8 install and you’ll be able to buy it starting this month. The base model Spectre x360 price is set at $900, the more premium FHD model goes for $1150, while the QHD variant will cost you $1400. Not too shabby, although still too pricey for my tastes.

Hi fellow tech enthusiasts! I'm Mary. I enjoy writing about tech, but I love tinkering with gadgets more. If it can take a screwdriver, leave it to me to fix it (or brick it). I'm passionate about Android and I'm all in for Google, but I don't stray from Apple nor Windows, so I'll keep you up to date on everything mobile (or stationary).
Previous Swatch smart watch gets real and down to Earth
Next BlackPhone 2 and Tablet: the culmination of privacy