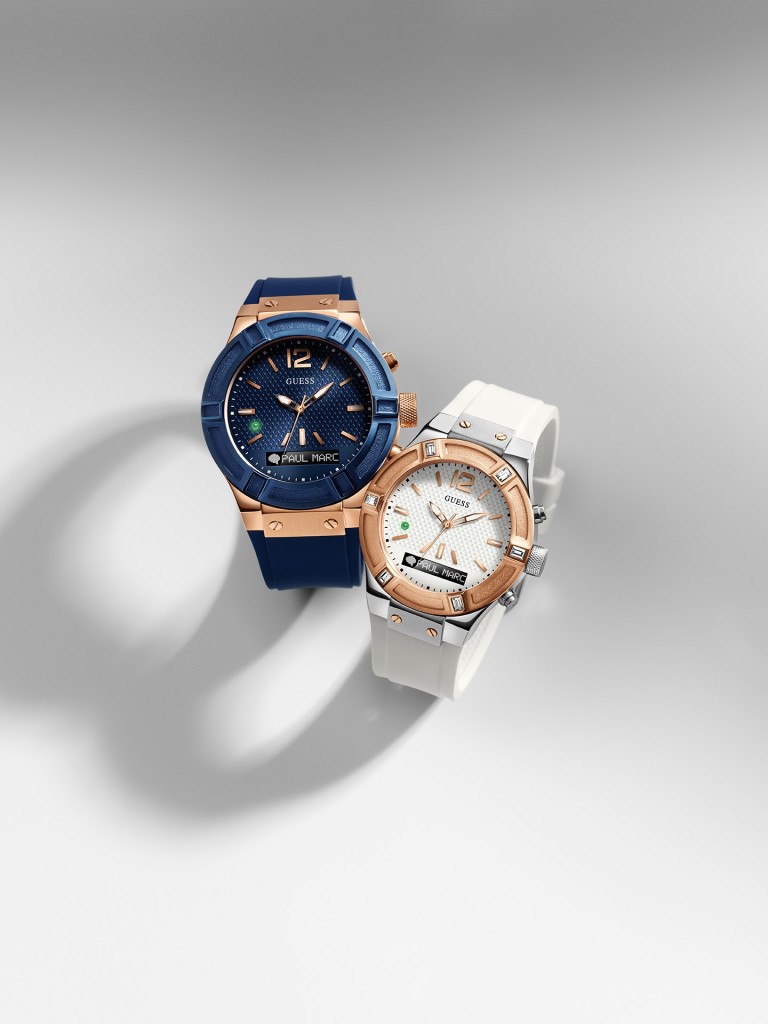 Today’s Apple Watch event will be massive, and rumors say we might even see a new notebook, the MacBook Air. But it seems Apple will not be the only one to launch a new wearable this week, as Martian has published a press release today, detailing a launch event to be held tomorrow at the European Wearable Technology Show in Excel, London. The show will be held between 10 and 11 March at the location, and Martian unveiled that they would be releasing 10 new smart watch designs, including the Martian Aviator, Commander, Electra and Monarch.

At the show tomorrow, Martian will debut the new watches and will introduce a new line of devices designed in conjunction with the Guess fashion design house. These Guess Connect watches will function with Martian technology, but cater to fashionistas instead. Martian watches in general are among the most fashionable watches on the market, although they do not get the attention they deserve. Even though the Apple Watch launch today will definitely overshadow the Martian launch of tomorrow, we must not forget that Apple is not alone in the wearable game.

At the convention, Martian will not only launch ten new smart watches, but it will hold two panel discussions about the role wearables have in the world today. Both panels will host Stan Kinsey, president of Martian Watches, who will be speaking about how wearable technology ties into the Internet of Things in our homes and how fashion will be influencing the way in which smart watches will be designed in the future. At the same time, Kinsey will be discussing how the Apple Watch launch might impact watch manufacturers around the world and how these manufacturers will cope with the new competition.

Although these panels will be interesting to check out and we will report back if anything interesting is announced in their midst, the main concern of technology fans are the new Martian watches. The company has already released the design of five of them, including the new Martian Aviator, Commander, Electra, Monarch and the Guess Connect series. The new watches that will be launched tomorrow will be compatible with both iOS and Android smartphones, but it they won’t have the large displays we’re sued to with Android Wear watches or the Apple Watch.

The new Martian watches were revealed at the CES 2015 convention in January, and while their specs and features are largely the same, but their designs try to cater to different types of people. Martian emphasizes style more than it does technology, as the new watches won’t have large displays. Instead, they will have thin, small displays embedded in the watch face, which will allow wearers to scroll between applications and functions to check out notifications and use the watch for things like camera shutter, voice calls, message reading, notifications and more.

Although the Martian watches won’t be as sophisticated in technology as other Android Wear watches or the Apple Watch for that matter, they do offer all the notifications and features that you would want. As the company targets those who love classic wristwatches and value their design, elegance and style more than they do their connectivity, Martian targets a very specific audience, unlike others. Whether these new smart watches will be popular or not depends on the Apple Watch launch, as well as on the pricing of the new Martian watches. If the Apple Watch is priced high, the Martian watches might be more affordable luxury items which actually look much better than the Apple Watch does. But we will have to see.

Hi fellow tech enthusiasts! I'm Mary. I enjoy writing about tech, but I love tinkering with gadgets more. If it can take a screwdriver, leave it to me to fix it (or brick it). I'm passionate about Android and I'm all in for Google, but I don't stray from Apple nor Windows, so I'll keep you up to date on everything mobile (or stationary).
Previous Windows 10 leaked screenshots show redesigned logon screen
Next Wikipedia sues NSA over surveillance brawl