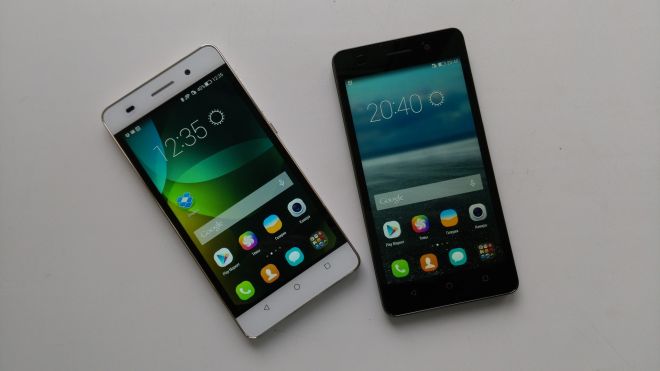 Well known as a retailer that produces and sells affordable smartphones, Huawei released yet a new budget mobile device. The new model is named Honor 4C and has a 5 inch display, slightly bigger than the one of iPhone 6. But compared to the Apple smartphones, Huawei keeps its prices as low as $129. This means the new phone is a good deal for any kind of customers, be they European, Asian or American. For the moment it can be bought solely online from retailers such as Alibaba.

With a weight of 162 grams and a simple and neat design, Huawei Honor 4C has a 720×1280 pixels resolution, a 5 inch display and a Octa-core 1.2 GHz CPU. Some fairly good technical specifications, considering we are talking about a budget smartphone. Furthermore, the operating system is Android 4.4.2 KitKat, has an internal memory of 8 GB and 2 GB RAM (again some satisfying features, especially the RAMs). The primary camera has 13MP, comparable with a Nikon D3100 performance in terms of megapixels, and the secondary one has 5 MP.

Of course it can film in 1080p, at 30 frames per second, has a Bluetooth, Radio, GPS, Geo-Tagging, Dual SIM, the possibility to insert a microSD card up to 32 GB and all the other features any pricey smartphone might have. So, even though is named a budget option, Honor 4C apparently has all you would need from a smartphone. All that it remains to be done is to wait and see when it will be available in other countries than China.

Tech Editor with lots of experience with PC hardware components, iOS and Windows-based mobile devices, and love keeping myself up-to-date with any developments in the industry, which I make my job in sharing with you, our readers.
Previous Samsung Galaxy S6 and Galaxy S6 Edge – battery life
Next New LG G4 Smartphone – Striking Leather Looks