Home / Smartphones / Sony Xperia C4 announced, but it’s not even close to a bombshell 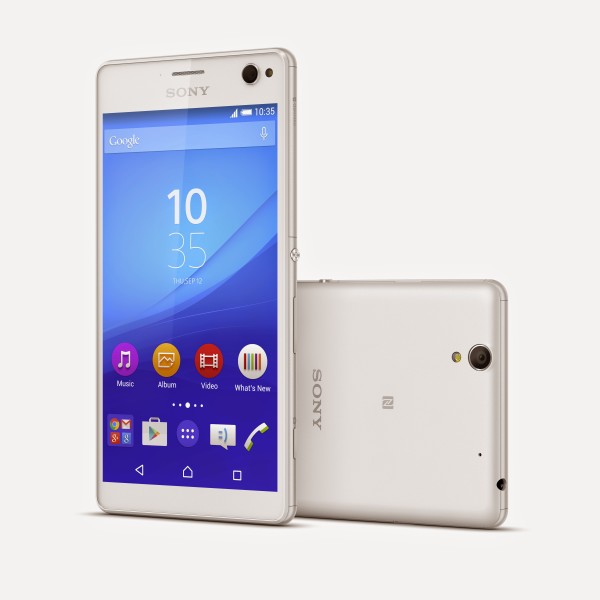 Sony Xperia C4 announced, but it’s not even close to a bombshell

The Sony Xperia Z4 was announced in Japan last month as a slightly upgraded version of the Xperia Z3, but today Sony announced yet another handset, the Xperia C4. Although its name sounds explosive and people had hoped for it to be the flagship for North America, that is not the case. Sony has been clear about its smartphone business not doing so well, and the Xperia C4 seems to be proof of that. Instead of bringing at least the Xperia Z4 to the U.S. (as it’s Japan exclusive atm), the Japanese company decided to launch a selfie-centered smartphone instead.

The Sony Xperia C4 is the successor of the Xperia C3 and it continues in the recent trend of selfie-phones. The Xperia C4 sounds explosive, but the only truly remarkable trait of this phone is the LED flash that’s up front, right next to the 5 MP selfie-camera. Although having a flash for the front camera sounds pretty neat, I hardly imagine many people getting good use out of it outside of posting Instagram selfies. If that’s your cup of tea, hobby or livelihood, that’s fine, but Sony could have done much more with their smartphone line-up this year. Instead of releasing a selfie-phone and an Xperia Z3 with a Snapdragon 810, they could have released a flagship device that would have served all the purposes these two serve together.

Regardless of what the Xperia C4 release and Xperia Z4 release means for Sony, let’s see what this selfie-phone has in store for those interested. First off, the Xperia C4 specs largely include mid-range hardware, such as a 5 MP camera on the front, 13 MP camera on the rear with an LED flash, a 5.5 inch IPS LCD display with a 1080p resolution (with the added benefit of Sony’s Bravia engine and imaging tech), an octa-core MediaTek CPU, 2 GB RAM and a 2500 mAh battery unit. It’s not much, but it’s a consistent mid-range smartphone with a pretty neat display, so that’s a plus for Sony this time around.

Although the Xperia C4 price and availability have not been detailed as of yet, it doesn’t seem like the phone will be exclusive to one market or another. Sony hasn’t reveal the Xperia C4 release date, but we suspect that it will land in North American stores sometime in June. The Chinese market will most likely get it much earlier than that, by the end of May as per our inside sources. Price-wise, our expectations for the Xperia C4 range between $300 and $500, although it would be quite odd if Sony were to go above the $400 price for this one. It remains to be seen whether there’s going to be some exclusivity for the Xperia C4.

Hi fellow tech enthusiasts! I'm Mary. I enjoy writing about tech, but I love tinkering with gadgets more. If it can take a screwdriver, leave it to me to fix it (or brick it). I'm passionate about Android and I'm all in for Google, but I don't stray from Apple nor Windows, so I'll keep you up to date on everything mobile (or stationary).
Previous NVIDIA Cuts Their Losses With Icera
Next Apple Watch “Patent”