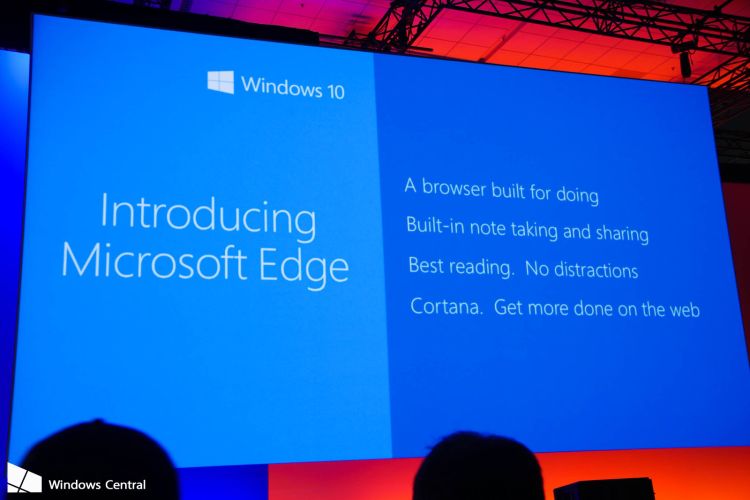 Microsoft Edge Browser is worth trying

Internet Explorer is no longer present into the web world. But as any important software, it left a faster and a modern successor to us. Microsoft Edge browser was known after its previous code name – Microsoft Spartan. Its well known new features are the extensions. Edge also keeps from the previous Spartan 3 important features: Cortana integration, reading view and page markup. Edge is a single universal application, that runs on all of the Windows based devices, like computers, tablets, phones or any other compatible devices. Perhaps the best thing to Microsoft Edge is the fact that it is no longer Internet Explorer. Internet Explorer was one of the most criticized pieces of software. Although it has improved, over the years, its functionalities and features, people still consider it as a poor competitor for other better and safer browsers like Mozilla Firefox, Opera or Google Chrome. Edge also runs a new page rendering engine which is still called Edge. It is better than the previous Internet Explorer’s Trident Engine, in terms that concerns speed or compatibility with newer web standards like HTML 5, for instance. But still, there is present some connection between the past and the present.

Edge icon shows E, which is not IE but somehow similar.
Windows 10 will not give up to Internet Explorer 11, which will still be shipped because of the compatibility reasons with some intranets corporate or different web apps. But Microsoft Edge will remain the default web browser.
Edge browser brings to life its extensions. It is not only about the toolbars, Webslices or Accelerators that were present to IE as well. Edge now runs the most promised Chrome and Firefox style extensions. Extensions from Edge will not ship with Windows 10 RTM this summer but will become present with another future update.
In conclusion, the next generation Microsoft Edge browser looks better and faster than ever. Internet Explorer had its role, because it opened new ways and caused a solid competition from Firefox, Opera, Chrome and other smaller browsers. Microsoft learned from the previous mistakes it did and now wants to offer the best browsing experience for all Windows users.

As long-time IT enthusiasts, gamers and gadget fanatics, Mark and I have been working in the industry for a long time and we both have a vast experience in dealing with smartphones, tablets, PC and console hardware and everything tech-related. My list of industry insiders is long-enough to allow me to get insights into what's going on in the technology field and provide my readers with interesting and timely updates. I focus on brief, to-the-point reporting, keeping the "bla bla" to a minimum and making sure my readers get easy access to important information and updates. I mainly specialize in Android-based mobile devices, leaving iOS and Apple devices in Mark's capable hands.
Previous Google Classroom: Class on the Go
Next Possible New Drug-Detecting DUI Technology