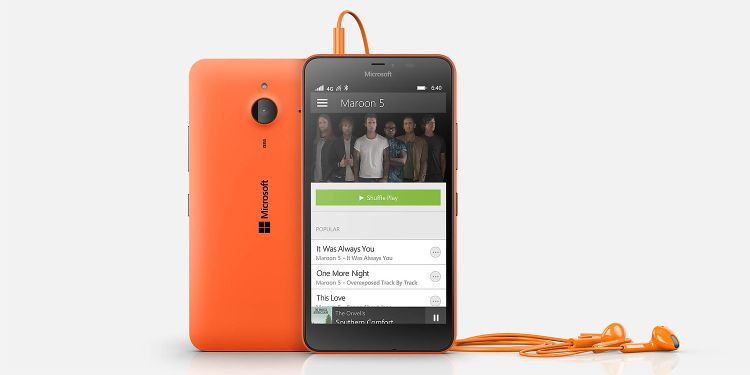 Microsoft has made a habit of releasing affordable smartphones, we can’t help but admire Microsoft for this. The Lumia 640 XL is the latest in that long line of budget friendly devices that i strongly recommend. It’s a solid device that won’t rip off your pocket.

The design is immediately familiar to anyone who’d used or even seen a Lumia device before. The front is a perfectly flat piece of Corning Gorilla Glass 3 and the rear has a removable plastic shell. This is the matte finish white shell, which is both attractive and comfortable to hold, and there are more colorful and glossy options for those who want them. Apart from the contrasting simple matte Microsoft logo on the back there is the 13 MP Carl Zeiss camera, the LED flash and a small speaker whole. The edges around the device are almost entirely flat, except for the small raised hump on the back where the 3.5 mm jack is. I am impressed by the placement and the click-ability of the Lumia 640 XL volume and power button, they give just the right amount of feedback and that’s pretty impressive considering they aren’t built into the phone itself but rather the case. It is respectably light and weights less than Samsung’s metal phablet. As an overall package it’s good looking and it feels well made, but it isn’t the top premium feel. 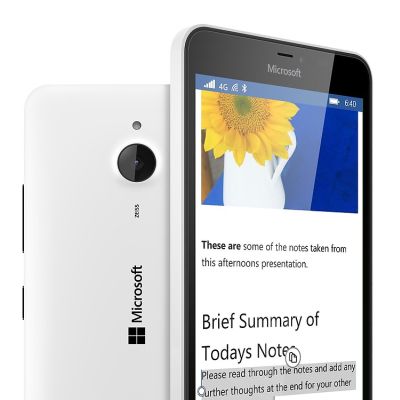 To save on cost Microsoft opted not to go with a 1080p display on the 640 XL, but i can’t help it feel that it wasn’t the right choice. Instead we have a 5.7 inch 720 x 1080 Clear Black LCD panel, and it has a pixel density of just 259 pixels per inch. I have to say the large display isn’t terrible, far from it, it has a lot of contrast which isn’t usual for an LCD display. Blacks almost looks completely black like. This extra contrast gives the illusion of sharpness when gaming or watching videos, so the experience of using it is actually rather good. Colors are vivid to when looking at them had on, it’s when you look at txt is when you notice the issues, edges are a little fuzzy and you can distinguish individual pixel when you are looking at the screen closer than an arms length. Still the size and the light from the screen should easily make up for that.

One area that really surprised me was the camera. I was expecting the Carl Zeiss lenses to amount of nothing, but i was so wrong, the rear sensor packs in 13 megapixels and doesn’t just produce sharp images, but great color to. On a sunny day the balance of tones and colors is truly impressive, blues, greens and reds all come through brilliantly, leaving me with an image i wasn’t even expecting and this was all in Auto mode. The only criticism i have is that it wasn’t quick enough for my liking, there was noticeable delay when trying to capture an action shot, but for still photographs the Lumia 640 XL is one of the best sensors i used on any phone, regardless of price.

There are several models of the Lumia 640 XL including LTE and dual-sim versions and the price varies depending on which you go for. The XL isn’t currently available in the US, but in the UK the price is around 200 pounds, that’s 30 pounds less than a Lumia 830 and slightly more than a Lumia 735. For that kinda money it is hard to criticize the phone.

I am passionate about gadgets and everything tech related.
Previous Micro SD Slots Disappearing?
Next Oppo R7 and Oppo R7 Plus officially confirmed, photos released