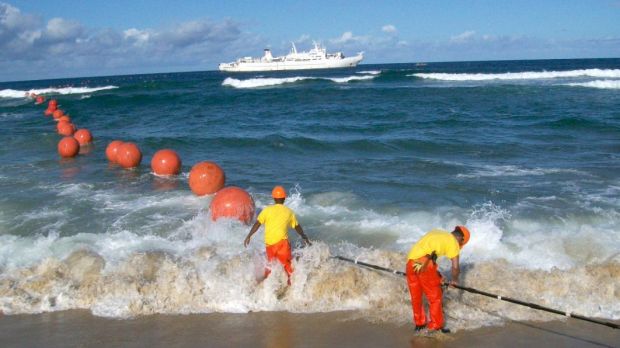 Do you know where Microsoft has last invested? It seems that they put a lot of money in undersea cables, in order to connect its North American Data Center with Ireland and UK. The subsea cable will be built by TE SubCom. The cable is provided by Hibernia and Aqua Comms, which did investment deals with Microsoft. The subsea cable is set on the American Europe connect system, which is one of the few sub aquatic cables ( from a total of 230) that are capable of boasting a capability of 100 Gbps and a direct data center to center connectivity.

Microsoft wants to make sure its customers receive the best and the quickest connectivity under the ocean, in a virtual world where applications consume a lot of bandwidth. AE Connect is a key partner, in this important partnership. This system also provides Microsoft with a platform, needed for Microsoft’s expansion in Europe. Cloud services like Azure, Office 365, Microsoft Dynamics CRM, and Microsoft Intune are operating at a peak capacity.

But Microsoft was not satisfied with this. They joined a consortium of big brands like China Telecom, China Unicom, China Mobile, Chunghwa Telecom, KT Corporation, TE SubCom and SoftBank Mobile. They will invest in the first physical landing station in the United States. The station will connect North America with Asia, via NCP Cable Network. NCP has more than 8000 miles and it links Hillsboro Oregon with Nanhui, Chongming and Ligang from China, Toucheng in Taiwan, Maruyama in Japan and Busan in South Korea. NCP delivers up to 80 Tbps of capacity.

Microsoft also has a US rival in this business, Google, which partnered with 5 asian companies: China Telecom Global, KDDI, SingTel, China Mobile International and Global Transit, in order to build and operate a new Trans Pacific cable system. This system is dubbed faster. It connects Shima and Chikura in Japan with some major West Coast US cities like Los Angeles, Seattle, Portland and San Francisco. Its capacity reaches 60 Tbps, less than NCP but still 10 million times faster than an average modern cable.

As long-time IT enthusiasts, gamers and gadget fanatics, Mark and I have been working in the industry for a long time and we both have a vast experience in dealing with smartphones, tablets, PC and console hardware and everything tech-related. My list of industry insiders is long-enough to allow me to get insights into what's going on in the technology field and provide my readers with interesting and timely updates. I focus on brief, to-the-point reporting, keeping the "bla bla" to a minimum and making sure my readers get easy access to important information and updates. I mainly specialize in Android-based mobile devices, leaving iOS and Apple devices in Mark's capable hands.
Previous Self driving cars analysis report
Next Verizon buys AOL for a record sum of money