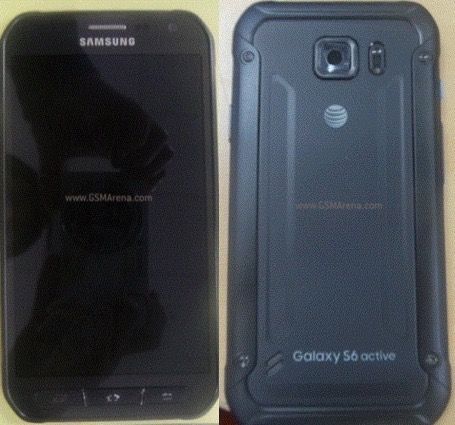 In yet another leak, images of the Samsung Galaxy S6 Active have been given to various websites. And according to PC World, website Android Authority noticed an FCC filing under the name SM-G890A which is pretty much code for, “Hey, the next Galaxy is on the way.”

Sam Byford, of The Verge, recently wrote an article discussing that despite the success of the Galaxy S6, the main issue was that it wasn’t waterproof. If a couple of drops got on it, you may as well have kissed it good-bye. But on the brighter side of technology, the Active is waterproof and can withstand a great deal of punishment. Now, I’m not necessarily saying to test this out by throwing it into the lake, but certainly expect the phone to stay dry.

Will it be a flop like the Galaxy S5 Active? There were concerns before that the S5 Active wasn’t as tough as it was advertised to be. Aside from some reinforced corners, the phone was a disappointment. From the data gathered so far, rest assured, it seems that Samsung has learned it’s lesson.

If Samsung releases this (or more importantly confirms it), it’ll be geared towards those who travel abroad or love spending time outdoors. Judging from the leaked images, the Active is bulky and rugged. It even looks built to be shock resistant and dust-proof. The few pictures that were posted also had different designs. Aside from the standard colors, there was also a grey camouflaged design.

The Galaxy S6 Active is certainly something to take on a hike. The delicate iPhone’s can easily be damaged by a simple fall (even if you have a good case). Pricing has yet to be determined, but if it’s anything like the Galaxy S5 Active, then probably $199 for a two year contract. What are your thoughts on this? Do people really need a well-built rugged phone to take with them outdoors?

Smartphones, tablets, laptops, drones, smartwatches my goal is to review them all.
Previous Galaxy Tab S2: The iPad Killer
Next Skype universal translator for voice calls