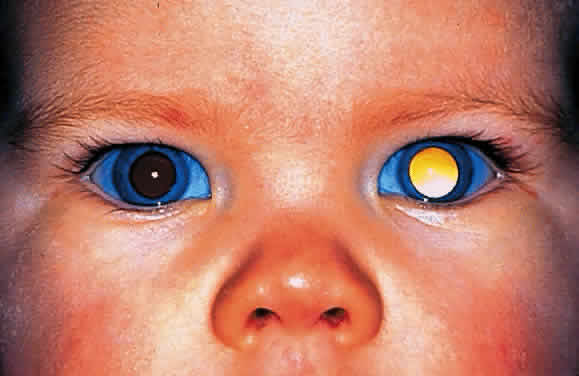 Can your smartphone detect cancer? In a startling discovery by mother Julie Fitzgerald, she was able to save her son’s life. By using the flash on her iPhone camera, she noticed that her two year old son had retinoblastoma.

What is retinoblastoma? According to the National Library of Medicine, it’s a rare eye cancer that develops during early childhood (around the age of 5). One of the symptoms can be found in the retina, where a whiteness develops in the pupil. You can easily tell if you have this cancer, by using the flash option on your camera, because the whiteness will easily appear.

Unfortunately for her son, she found out that 75% of his eye was covered in the tumors. They couldn’t save the eye. USA Today reported that Julie’s husband said,”If we did not get this eye out, the cancer would spread to his blood and to his brain. “Our lives went from normal to cancer, to a cancer survivor in three weeks. It turned out to be our worst nightmare but it saved our son’s life.”

Concerning the use of smartphones in a situation like this, The Verge said, ” As a diagnostic tool, smartphone cameras are so effective that the Childhood Eye Cancer Trust (CHECT) even ran an ad campaign last year centered on the trick. They put up posters of children’s eyes that flashed white when photographed thanks to the use of reflective ink.”

Should people rely on their smartphones to diagnose their conditions? For the mother, she was extremely lucky in catching this. If she waited longer, who knows what might have happened. However, I wouldn’t recommend relying too much on them as a medical tool. Specifically, the smartphone is able to pick up on one form of cancer (a cancer that is rare). But, this flash concept is something worth keeping in mind.