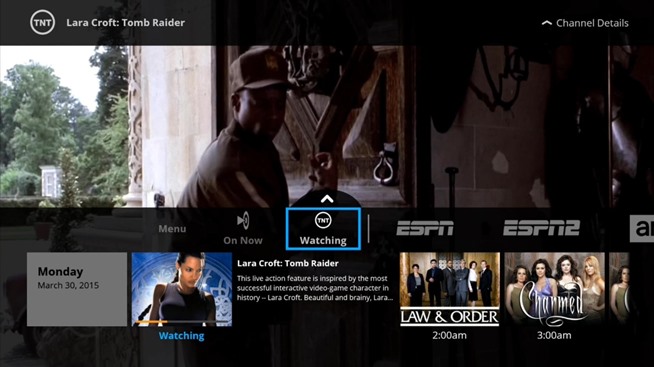 If you want Sling TV, you might as well get the Nexus Player half-off

Get the Nexus Player with a huge discount with Sling TV

Sling TV is already available on Mac and PC, Android and iOS, Xbox One, Roku, Amazon Fire TV and Fire TV stick, as well as on Roku TV. Starting today, those who bought the already pretty affordable Nexus Player can choose to be cord cutters. Those who already own a Nexus Player aren’t getting Sling TV 50 % off, not even for the first month, which would have been the best choice. Still, they can try Sling TV for free, as long as 7 days of free cord cutting joy is something they’re interested in. It would have been nice to offer the service 50 % off, but hey, Google wants to sell the Nexus Player, not Sling TV.

Dish Network’s Sling TV won the Best of the Best award at CES 2015 and many people are applauding the new service which lets you watch TV through Wi-Fi on the devices listed above. For $20 per month, you can get 22 TV Channels, including Cartoon NEtwork, ABC Family, ESPN, ESPN2, AMC, Food Network, Adult Swim and more. The popularity of the service skyrocketed after the CES 2015 show and the Nexus Player is not the only one you can get with a discount. Check out the Sling TV page and find out what kind of offers they have. At the moment, the Nexus Player 50 % off, free Fire TV Stick, 50 % off Fire TV, free Roku streaming stick and 30 % off Roku.

Since the above mentioned basic package is not that special, Sling TV also has other bundles of TV channels that can get you HBO on demand for $15 a month extra, Sports Extra, Hollywood Extra, Deportes Extra, Kids Extra and more for an extra $5  a month. If you’re not a fan of cable TV and want to try Sling TV, head on over to check out the details and sign up. The Nexus Player offer sounds like a great opportunity for those who don’t own a TV box yet and want to start with a pretty attractive package. Any takers?

Hi fellow tech enthusiasts! I'm Mary. I enjoy writing about tech, but I love tinkering with gadgets more. If it can take a screwdriver, leave it to me to fix it (or brick it). I'm passionate about Android and I'm all in for Google, but I don't stray from Apple nor Windows, so I'll keep you up to date on everything mobile (or stationary).
Previous Apple Watch sales are not as high as expected, apparently
Next Samsung Winning the VR Market?