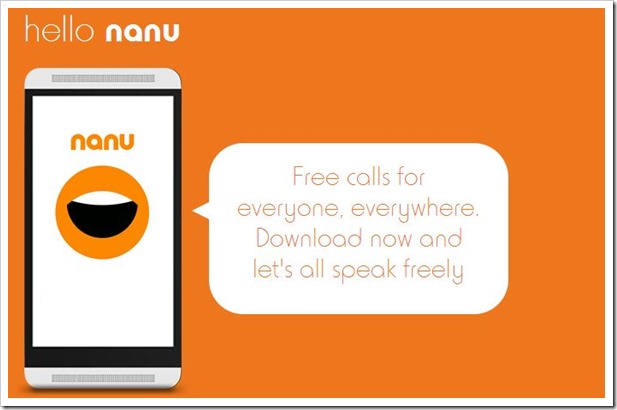 India has been the center of attention for every major smartphone company. With millions of people residing within its borders, it’s a market waiting to be tapped into. Now, Indian smartphone maker Intex Technologies has partnered with a Singapore-based mobile application company to create Nanu, a free calling app available only to India.

Out of the 2.2 million global users, 1.5 million of the downloads come from India. That’s small for a country whose population is about 1.3 billion. Downloads should be increasing as more and more of these smartphones are being released.

Website Delhi Daily remarked how this app was different than other free calling apps. They wrote that, “Nanu provides all calls for free, including calls to non-nanu users on landlines and mobiles anywhere in the world” and that “the app can also be used on any network including 2G, allowing nanu to provide high quality calls from locations where other apps do not work.”

Martin Nygate, CEO of Gentay Communications (and also the parent company of Nanu) is quite proud of has been accomplished. In a statement published by website Indian Express, he said, “India is our biggest market and as such we have teamed up with Intex to launch it through two new smartphones which will be on the market in July.”

“Having nanu embedded in smartphones means millions of people in rural and developing areas will now have access to free calls by just inserting SIM card in their newly purchased phones,” He added.

The Indian market is something that major smartphone competitors need to get a hold of. Sanjay Kumar Kalirona (the Business Head of Mobiles at Intex Technologies (India) Ltd) remarked that the customers there need technology that will be more than a gadget to them.

“We believe that embedding nanu will not only prove to be a big attraction but will also revolutionise the market. The new phones with nanu will help Intex further differentiate ourselves from our closest competitors,” Kalirona said to Indian Express.

It’ll be interesting to see what develops in India. The presence of these major companies is certainly something that boosts the country, and gives them an open spot in the market. What are your thoughts on this? Should the app be released to the Western countries?

Smartphones, tablets, laptops, drones, smartwatches my goal is to review them all.
Previous Leaked Photos of Sony Lavender
Next Factory Reset option is not working properly on Android Devices