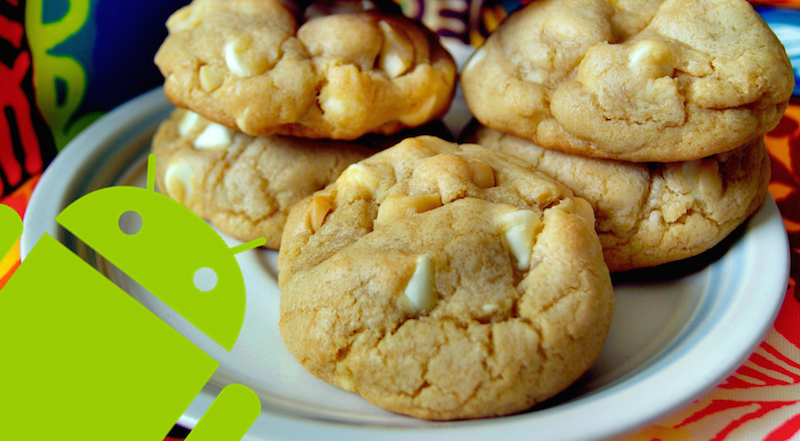 Android M is apparently known as Android Macadamia Nut Cookie among developers working on the newest build of Google’s mobile operating system. Although the Android M code-name Macadamia Nut Cookie is only used internally, there are industry voices saying that we should see the new software being launched at Google I/O which is happening between May 28 and 29. Skeptics believe that Android M will not be revealed until next year, as the developers involved in making Android 6.0 Macadamia a reality need more time to truly revamp the OS and make it a more integrated ecosystem with various other devices, like Chromebooks.

Rumors suggest that Google I/O will see the unveiling of Android M. but we are skeptical about that. Nonetheless, there are many people out there who have spoken to journalists from various publications including Ars Technica, saying that they’re confident Android M, in a beta version at least, will be revealed at the developer conference this week. According to these tipsters, Android M will be revealed at the conference, to be launched later this Fall. Although many believe that October will be the Macadamia-month, there are still skeptics in the world of Android, including us.

Android M will supposedly deal with a lot of performance improvements, but it will keep the Material Design elements that were introduced with Android 5.0 Lollipop last year. Android users are very fond of Material Design and Lollipop, but many have already pointed out certain mistakes Google made within the OS and suggest that a more integrated ecosystem with Google services would be necessary for Android 6.0 to become successful.

Adoption rates for Android 5.0 Lollipop are still under 20 %, even though the new mobile OS and its subsequent Android 5.0.1, 5.0.2 and even 5.1 versions have been launched for quite a few months now. Adoption of the OS is slow due to updates being rolled out in a staged manner and carriers getting delayed with build approvals because of the buggy nature of the software. Based on that alone, we suspect that Android M will be worked on much longer so that Google can release an operating system that doesn’t brick devices like Android 5.0 Lollipop did with the Nexus 5, Nexus 7, some Moto G 2013 units and more.

Users of certain smartphones and tablets have been unhappy with Android 5.0 Lollipop and subsequent versions because compared to KitKat, they introduced a lot of bugs, even after builds were approved by carriers and OEMs. The Samsung Galaxy S5, Note 4, LG G3, Moto G, Moto X and even Nexus devices have experienced a wide range of different bugs, which did not sit well with users. That reasoning is behind most skeptics’ opinions of the Android M release date. We tend to agree with those who say that we won’t see an entirely new Android until 2016, but everything will be cleared up at Google I/O this week, so stay tuned!

Hi fellow tech enthusiasts! I'm Mary. I enjoy writing about tech, but I love tinkering with gadgets more. If it can take a screwdriver, leave it to me to fix it (or brick it). I'm passionate about Android and I'm all in for Google, but I don't stray from Apple nor Windows, so I'll keep you up to date on everything mobile (or stationary).
Previous A lot of smartphones, few real best options
Next Asus has prepared a new series of ZenPad tablets