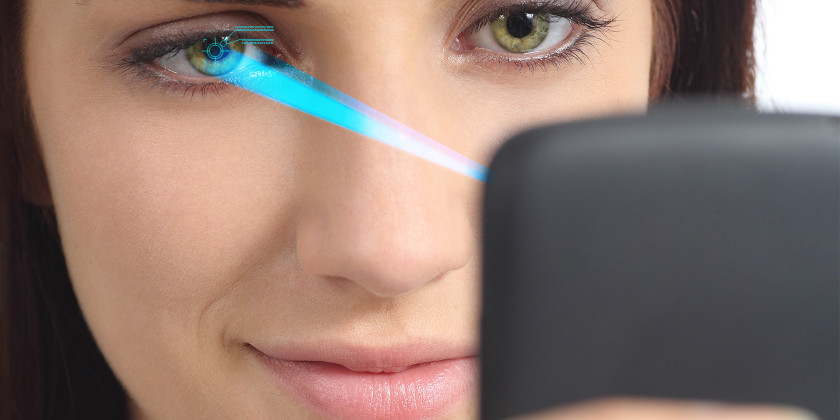 Microsoft Lumia phones will use iris scanners in 2015

A new series of Microsoft Lumia flagships is long overdue and many fans of Windows Phone have been very vocal about getting their hands on new phones from the Redmond giant. Although Microsoft did launch a handful of devices at the end of 2014 and this year, all of them were either mid-range or low-end budget friendly smartphones. But the company confirmed that when Windows 10 is launched, the Windows 10 for Phones version will be released alongside a new Microsoft Lumia flagship. Even if Microsoft has not disclosed official information about the new flagships, info is trickling out through insiders.

The most recent rumor about the Microsoft Lumia flagship release date pegs two new smartphones for the end of August, and both of them pretty endowed. According to WinFuture and Dr.Windows, the two new Microsoft Lumia flagship smartphones will feature biometric sensors, which have become popular thanks to Apple’s iPhone line-up, as well as Samsung’s latest Galaxy flagships.

While the iPhone 6 and the Samsung Galaxy S6 have fingerprint sensors, Microsoft is supposedly going in a different direction. The new Microsoft Lumia flagship smartphones will reportedly have iris scanners, a technology which is becoming more and more popular in the tech industry as notable advancements have been made in hardware.

Talkman and Cityman, the code-names for the Microsoft Lumia phones of 2015, represent a milestone in development for the Redmond giant and sound as promising as Windows 10 for phones does. These two smartphones will run on Windows 10 Mobile and have integration between Cortana and the new Edge browser, formerly known as Spartan.

But the iris scanners are the most intriguing parts about the upcoming releases. They will reportedly use next-generation optical hardware in order to perform completely secure scans of one’s eyeballs and thus unlock the phone or use features within.

The Microsoft Lumia flagships will be the creme de la creme if we listen to rumors, as they will get wireless charging, fast charging, high-end DSLR-level optical sensors, USB Type C, an FHD and a QHD display, and of course, a lot of new software features that Windows 10 will come with. One of the upcoming 2015 Microsoft Lumia flagships will reportedly have a whopping 41 MP camera on the rear, embodying the successor of last year’s Lumia 1020, a hit with photography enthusiasts.

Moreover, the Microsoft Lumia code-named Talkman will get a 5.2 inch display with a FHD resolution, a Snapdragon 808 CPU like the one found in the new LG G4, 3 GB RAM, 128 GB internal storage, a microSD card slot, a 21 MP camera and a massive 3000 mAh battery.

The Cityman, on the other hand, will be the phablet version of the Microsoft Lumia, which will compete with the iPhone 6 Plus, Samsung Galaxy Note 4, LG G4 and Motorola Nexus 6. It will sport a massive 5.7 inch QHD display, a Snapdragon 810 CPU, 4 GB RAM, 128 GB internal storage, a 20 MP camera and a huge 3300 mAh battery.

While the Cityman and Talkman Microsoft Lumia devices are interesting enough, we are more curious about the Lumia 1020 2015 edition and what it will bring when it comes to photography. Apple is planning on introducing DSLR level hardware with the iPhone 7, so it would be urgent for Microsoft to get ahead and call first on this one.

Although the new Microsoft Lumia flagships are in no way official, the number of leaks is growing by the day, suggesting that an eventual launch date is getting closer. We think that the Microsoft Lumia release date for the Cityman and Talkman will take place when Windows 10 is launched, but the Lumia 1020 successor might be launched sooner that expected.

Hi fellow tech enthusiasts! I'm Mary. I enjoy writing about tech, but I love tinkering with gadgets more. If it can take a screwdriver, leave it to me to fix it (or brick it). I'm passionate about Android and I'm all in for Google, but I don't stray from Apple nor Windows, so I'll keep you up to date on everything mobile (or stationary).
Previous T-Mobile Only Nexus 6 Getting the 5.1.1
Next Asus launching ZenFone Selfie next week