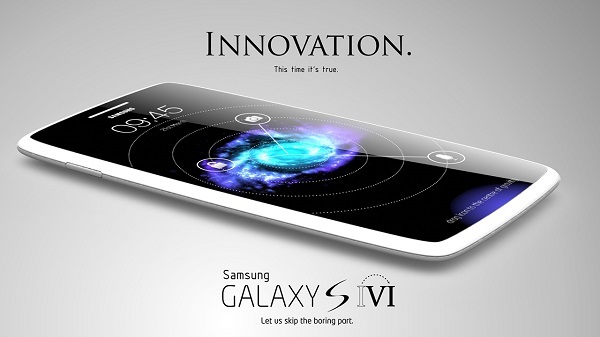 While there has been no official announcement (yet), rumors have been circling around on the Internet concerning the Samsung Galaxy 7. After reading some of the articles for it, this phone boasts some powerful hardware along with a few neat features.

Before delving into the specifics, do these rumors sound like Samsung trying to cover up the disasters of their previous smartphone? After all, the company was quick to announce other products, as if to take everyone away from the attention of the Galaxy S6 and the Galaxy S6 Edge. And everyone knew how well that ended, especially with those sales figures.

Now, the Samsung Galaxy VII website  has published some predicted specs for the rumored smartphone. The site mentions that a release date could be seen as far as early 2016. Supposedly, the phone will have 8 gigabytes of RAM which would make it on par with most computers and laptops. At the same time, the phone will run on a 64-bit Exynos processor, along with a 4.5 GHz Snapdragon processing power chip (so expect this phone to be fast). The Galaxy S7 will also have three different variants (32, 64, and 128 gigabytes of internal storage). Surprising, there’s mention of a 30 megapixel camera, 5G network connection, and infrared sensor. All of this coming at the smooth price of $1099.

Website Tech Radar commented on the upcoming rumor and offered what they wanted to see in the next device. They talked about several things they wanted to see in the next Samsung devices, including lowered prices, better battery life, and something that involves virtual reality. “Samsung need to do better than this with the Galaxy S7;” they said, “even sacrificing a little of its new found design credentials to thicken up the handset and stick in a bigger cell would have been worth the extra life. Next time let’s hope it understands functionality takes precedence over design.”

Despite hearing how great the specs might be for the Galaxy S7, it makes one wonder if this would be a complete flop. If the specs are what they say they are, this might be bring Samsung back into the smartphone market. What do you think of the rumor? Is it too good to be true for the Galaxy S7?

Smartphones, tablets, laptops, drones, smartwatches my goal is to review them all.
Previous Periscope was released as a version for Android
Next Galaxy A7 Gets the 5.0.2 Lollipop Update