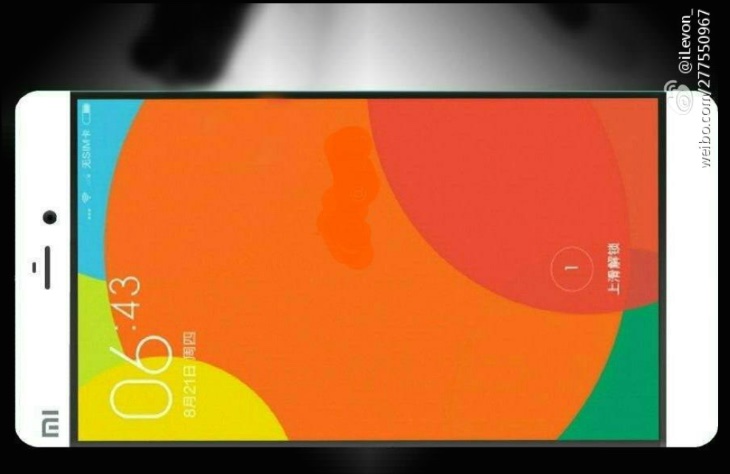 Xiaomi has kept itself busy in trying to compete with Apple and Samsung. The Chinese phone company has been expanding it’s business across the globe, even marketing in India. Recently, it was leaked by the Chinese website Mobile-dad, that Xiaomi’s newest phone, the Mi 5, will be coming out in November for China.

Some of the specs of the Mi 5 point to it coming with a Qualcomm Snapdragon 820 processor. Along with that, the Mi 5 will have at 5.5-inch screen with a resolution 1440 x 2560 pixels and will also have 4 gigabytes of RAM.

The leak revealed that there might be two types of the Mi 5. One is going to a be a 16 gigabyte version, while the other will sport 64 gigabytes of internal storage. The battery is a little disappointing because it has a capacity of 3,000mAh, which compared to the Mi 4 is a little less. The Mi 4 had a battery of 3,080mAh which is a little less than the newer model.

The phone is going to be 5.1 mm, so not too bulky. It will have a 16 megapixel rear camera, that features the OIS, which stands for Optical Image Stabilization. For those who aren’t familiar with the OIS, it cleans up the image captured so that the blurriness from photos is ironed out.

There’s a new fingerprint scanner that’ll come with the phone and it’s named the Sense ID. Instead of relying on optical technology, it utilizes ultrasound technology. So if you have dirt or water on your finger, it won’t prevent the phone from recognizing the user. At the same time, there’s the Mi 5 plus, which sounds a little similar to the iPhone 6 Plus, where the phone will come with a 6 inch 2K display.

According to the website Tech Times, they’re worried that the phone will not come out in the US. They said that smartphone users in the US,  “can only hope that the company decides to make its U.S. debut with the impending handset and not give the country a pass as it has done before.”

This phone possess the capacity to compete with Apple and Samsung. The specs, and the features, are enough to hold a customers attention. However, if the Mi 5 fails to make an appearance in the US, Xiaomi can see itself being erased from the competition. What are your thoughts on this? Will we see a Mi 5 release in the US?

Smartphones, tablets, laptops, drones, smartwatches my goal is to review them all.
Previous Did Microsoft conquer the mobile operating systems market?
Next Split Screen Multi-Tasking Feature Coming to iPad Pro?