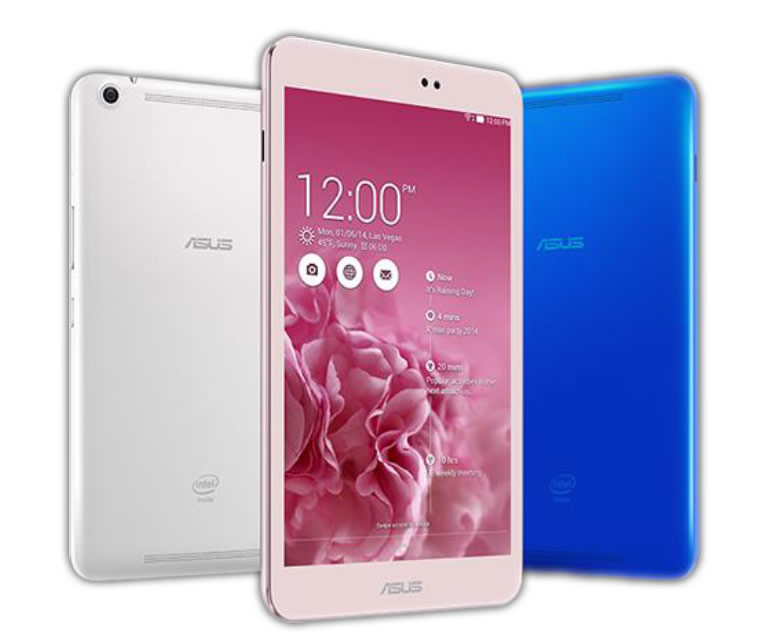 During the Computex trade show in Taipei, ASUS chairman Jonney Shih said, “Today, we are going to redefine what a tablet can be.” With this claim, the company is planning on releasing the new ZenPad tablets in 7, 8 and 10-inch display sizes. They’re expected to arrive in the third quarter of 2015. Now, according to PC World, the tablets “seem fairly conventional.” They don’t offer new features, and instead appeal to the fact that they have high specs. They’re considered fast devices because of the Intel Atom processor, but some of them will contain Intel’s “Cherry Trail” x3 four-core, 64-bit chips.

And according to NDTV Gadgets, the new ZenPads will feature interchangeable cover designs. This allows “users customise with functional back covers, including the Zen Clutch carrying and protection case; the Zen Case which features a leather texture and choice of five colors; the Audio Cover for 5.1-channel surround sound, and the Power Case, which extends the battery life to up to 15 hours.”

One of the ZenPad Tablets that has PC World interested is the ZenPad 8.0 S. It utilizes an Intel Atom Z3580 chip that comes with 4GB of RAM and a 1536 x 2048 pixel display. Other features include a USB 3.0 Type-C port, 8-megapixel rear camera, and a 5-megapixel front-facing camera.  ASUS also mentions that the device will weigh 298 grams and possess 8 hours of battery life. Surprisingly, the ZenPad 8.0 S will sport a metal and leather back.

Concerning the prices of these tablets, the website Phone Arena has yet to find out about the availability of the product. They said, “given the ZenFone 2’s aggressive pricing scheme, we won’t be surprised if the low-end tablet eventually arrives at a sub-$200 price point, while its amped-up sibling commands a $100 or so premium.”

ASUS is putting a lot of thought into competing for the tablet industry. Despite the high-end specs, will these tablets offer new apps in the future? Their competitors offer high end tablets at just about the same price, along with new apps to keep their customers satisfied. What are your thoughts on the new tablets?

Smartphones, tablets, laptops, drones, smartwatches my goal is to review them all.
Previous Split Screen Multi-Tasking Feature Coming to iPad Pro?
Next Take a Selfie With the ASUS ZenFone Selfie