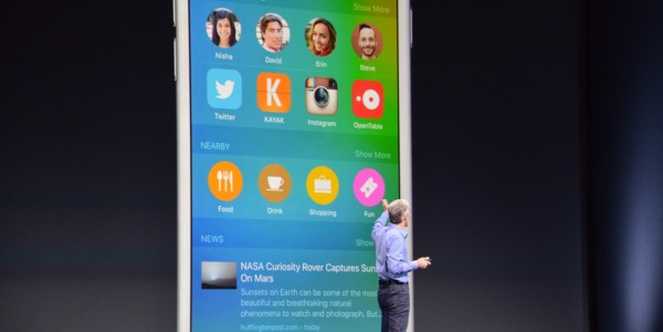 There have been quite a few interesting reveals at WWDC 2015, and Apple has brought quite a few interesting updates to the stage. There are not that many official details about the upcoming Apple smartphones, such as the iPhone 6S or the iPhone 7, but we’ve still gotten interesting information about several Apple apps and products, including the Apple Watch and its own watchOS. In any case, that’s not what we’re excited to talk about right now.

On to the matter at hand, we’ve learned some exciting information about Apple’s upcoming operating system, meainly iOS 9. We can all agree that iOS 8 wasn’t the update we’ve all been looking forward to. Suffering from stability issues and bugs at release, the OS caused many Apple users headaches, and even though it’s mostly patched out now, it’s understandable why Apple would want to quickly shove iOS 8 under a rug and come out with iOS 9.

Thus, the company officials have revealed that starting with July, Apple users with newer smartphones and tablets will gain access to the iOS 9 Beta. This is not a developer-only version, but a publicly available one that will almost certainly come with bugs of its own. Still, if you’re eager to jump away from iOS 8, you won’t have to wait too long. The Beta will be available to all devices that benefited from iOS 8, without exception. Potential proof that Apple is indeed looking to erase the memory of iOS 8 as soon as possible? Quite possibly!

That being said, if you’re not particularly interested in testing out a potentially shaky and unstable iOS 9, you need but wait until this Fall, when Apple will be releasing the stable version of iOS 9 to the same devices, in the shape of a free update. Newer iPad models will be tweaked to benefit as much as possible from the upcoming operating system, and Apple will be introducing many of its recently announced new or improved apps into iOS 9 (including an improved Apple Pay, and the new Apple Music). Interesting things to look forward to, in any case, and not long to wait for them either.

Excited about the upcoming iOS 9? Let us know!

As long-time IT enthusiasts, gamers and gadget fanatics, Mark and I have been working in the industry for a long time and we both have a vast experience in dealing with smartphones, tablets, PC and console hardware and everything tech-related. My list of industry insiders is long-enough to allow me to get insights into what's going on in the technology field and provide my readers with interesting and timely updates. I focus on brief, to-the-point reporting, keeping the "bla bla" to a minimum and making sure my readers get easy access to important information and updates. I mainly specialize in Android-based mobile devices, leaving iOS and Apple devices in Mark's capable hands.
Previous HTC One E9 Spotted Online
Next Apple Music: Worth it? Or Cheap Imitation?