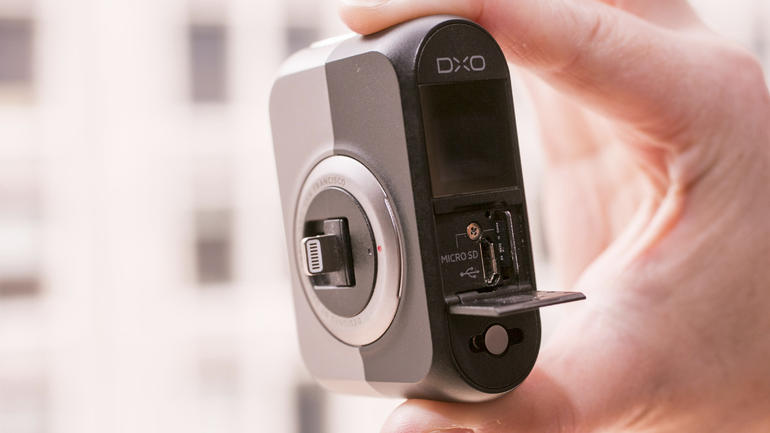 DxO One Camera Stands to be an Expensive Add-On

DxO Labs may not have made a camera, but they certainly have been involved in tools for photography. One of these tools includes image enhancement. Now, they hope to turn that around, especially with Apple’s iPhone. Named the DxO One, this camera took two years to make. With an F1.8 lens and a shutter speed of 1/8000 of a second, this camera will be an amazing accessory with iPhone users.

What makes the One compatible Apple devices is the Lightning connector. While it can’t connect wirelessly to other devices, it automatically launches the camera’ software. The benefits of this? File transfers and response times are ten times faster via this hard connection.

According to USA Today, the DxO One is “promising to turn your phone [iPhone] into a high quality shooter capable of delivering pictures that rival images shot with a DSLR.” And even though the standard iPhone camera is nice, the One has 20.2 megapixel resolution. Imagine the photos you can take on your phone with that.

Even with these wonderful features, there are a couple of problems that side line it’s greatness. Gizmodo discussed two of these underlying problems.  “First is the simple fact that it’s a pain to attach a thing to your phone in order to take a picture.” Many people might find it easier to stick with the standard camera rather than take the extra time to attach the One. The second issue is something that might turn people away from the One. The site would say, “The second bitter truth is that the One will cost $600.” Obviously, that’s a steep price to pay if you truly want to take good pictures on your phone.

There’s a third issue that Macworld would cover. According to them, “If Apple decides to change to USB-C in future iPhone and iPad models, you wouldn’t be able to upgrade to the new version without making your expensive camera add-on obsolete.” It doesn’t look like Apple is changing their USB-C’s any time soon.

DxO One’s camera, expensive as it might be, is definitely cheaper than what you would find in Canon or Nikon. What are your thoughts on it? Any iPhone users find themselves dropping $600 on an add on?

Smartphones, tablets, laptops, drones, smartwatches my goal is to review them all.
Previous 600 Million Samsung Galaxy Phones At Risk of Being Hacked
Next Samsung Galaxy S7 and the LG G5 May Have Iris Scanner