Home / Smartphones / Back unto the Breach: The Latest on the iPhone 6s Rumors 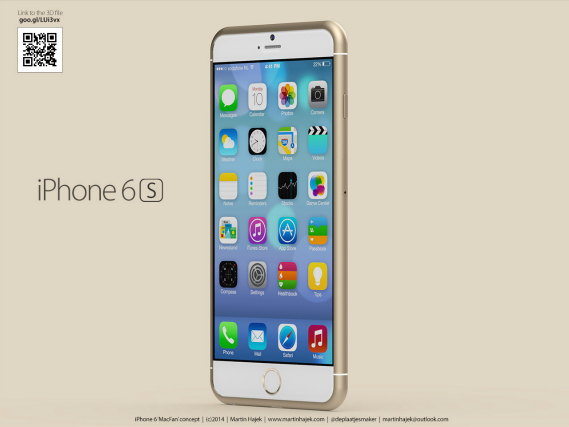 Back unto the Breach: The Latest on the iPhone 6s Rumors

Well, well everyone, looks like we’re hearing more and more about Apple’s famed iPhone 6s. And with TGC on the scene, you can be assured we will bring you the latest news on this smartphone.

Now, in the spirit of the Internet, some new features have been purportedly thrown out to the public for speculation. Included are: design tweaks and the battery life. Additionally, something else was put on the spotlight, and that would be the iPhone 6s’ use of SiP.

And for an honorable mention, the last time we talked about the 6s, there were also concerns about the material the phone would be made of. With Samsung and LG developing curved screens, some people wondered if this newest iPhone would be “bendable.”  If we remember a couple of weeks ago, Value Walk  did mention that a new composite metal would be introduced, and now according to UK’s Mirror, it’s most likely that the material on the phone will be stronger. They reported that, “Although it won’t be curved, there’s a good chance that the next iPhone could be a bit thicker.”

With the 6s being thicker, some think it might have a larger battery. According to MacWorld UK, “There’s also some speculation to suggest that the thicker iPhone might make way for a better battery that uses the developments deployed in the 12in MacBook to squeeze more power into the smartphone. The battery would be contoured and layered to make the most of the space available and provide more of that much-needed power.”

And how would something like that work? In the words of the Tech Times, it’s possible that Apple might be shifting towards the use of SiP. What’s SiP? It stands for System in Package, which means that “multiple components such as the processor, RAM and storage are housed in a single package that’s more compact compared to the current iPhone architecture.” So despite sources saying the 6s will be thick, it will have some sleekness to it.

While no official release date has been announced, the public still has the leaked pre-order dates. According to what TGC reported on June 12, Vodafone accidentally dropped them in a staff email. However, Apple is expected to mention some news concerning the iPhone in September (so definitely stick around for that). Let me know what you think of the latest rumors in the comments below.

Smartphones, tablets, laptops, drones, smartwatches my goal is to review them all.
Previous What a Surprise! Windows 10 is Free for Certain Users
Next Google Gives the Gift of Allowing People to “Unsend” Emails