Home / Smartphones / LG Employee Says That The G2 Will Receive the Android 5.1.1 Update 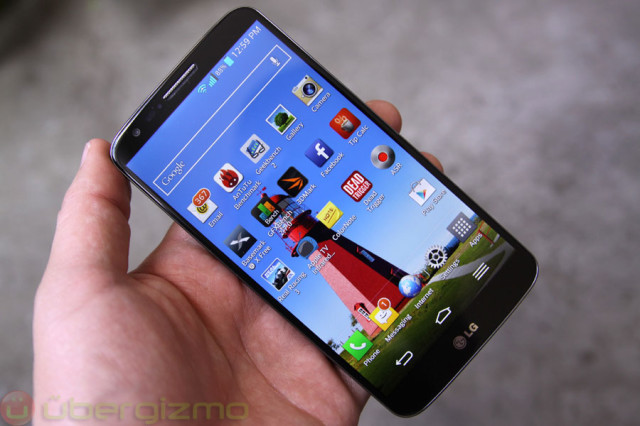 LG Employee Says That The G2 Will Receive the Android 5.1.1 Update

LG’s G2 is two years old. Well, a little under two years old, but considering that you have the LG 3 and the LG 4, this phone is old by smartphone standards. Now, rumors have been going around concerning the G2. According to one LG employee, the device will supposedly be the last to receive the Android 5.1.1 Lollipop update.

Yes, multiple websites are reporting that the G2 will be receiving the update. However, LG hasn’t confirmed this. It’s just one employee. And supposedly, the update is set to come out in a couple of months. Here’s the catch though, the update may be limited to different countries

The news comes down from a German website known as Android Pit. They received their information from an employee in LG’s software department in Korea, and according to them, the company is working on the 5.1.1 update. The only question that comes to mind is why hasn’t LG announced this publicly? It seems a little suspicious that the G2 will be getting this update, while LG’s G3 and LG G Flex 2 are still operating on the 5.0 update.

And leading into that, a rumor has surfaced saying that the G3 and G Flex 2 will actually skip the 5.1.1 update and scroll on down to Android M. For those who aren’t familiar with Android M, this is the next big thing in the Android mobile operating system. It’s due to be released in the third quarter of this year (so probably a September release, according to Tech Radar). Google does have a preview of it out, and two updates scheduled for that preview. One came out at the end of the June, while the second is due to come out at the end of July.

But back to the G2, what does the 5.1.1 update promise? According to Tech Times a change log hasn’t been provided, but “users should expect many of the same features that users of the LG G4 running on LG’s latest UX are already enjoying.” Based on the image that Android Pit shared with the Internet, the update “will bring the same system onscreen buttons to match the style of Android Lollipop, although it seems the icons will still remain the same as the G3.”

It’s disappointing that more information hasn’t come out for the G2’s update. Everyone is going off what the LG employee said, and that can work one of two ways. One, the employee was looking to get a kick out of what this would stir up on the Internet, or two it’s true and G2 users should be excited. Something is bound to pop up before the end of the month. What are your thoughts on this? Should the Internet rely on the words of one employee? Let me know in the comments below.

Smartphones, tablets, laptops, drones, smartwatches my goal is to review them all.
Previous Apple Watch 2 Rumors: More Hype for Apple?
Next Microsoft Cuts 7,800 Jobs And Plans It’s Next Move