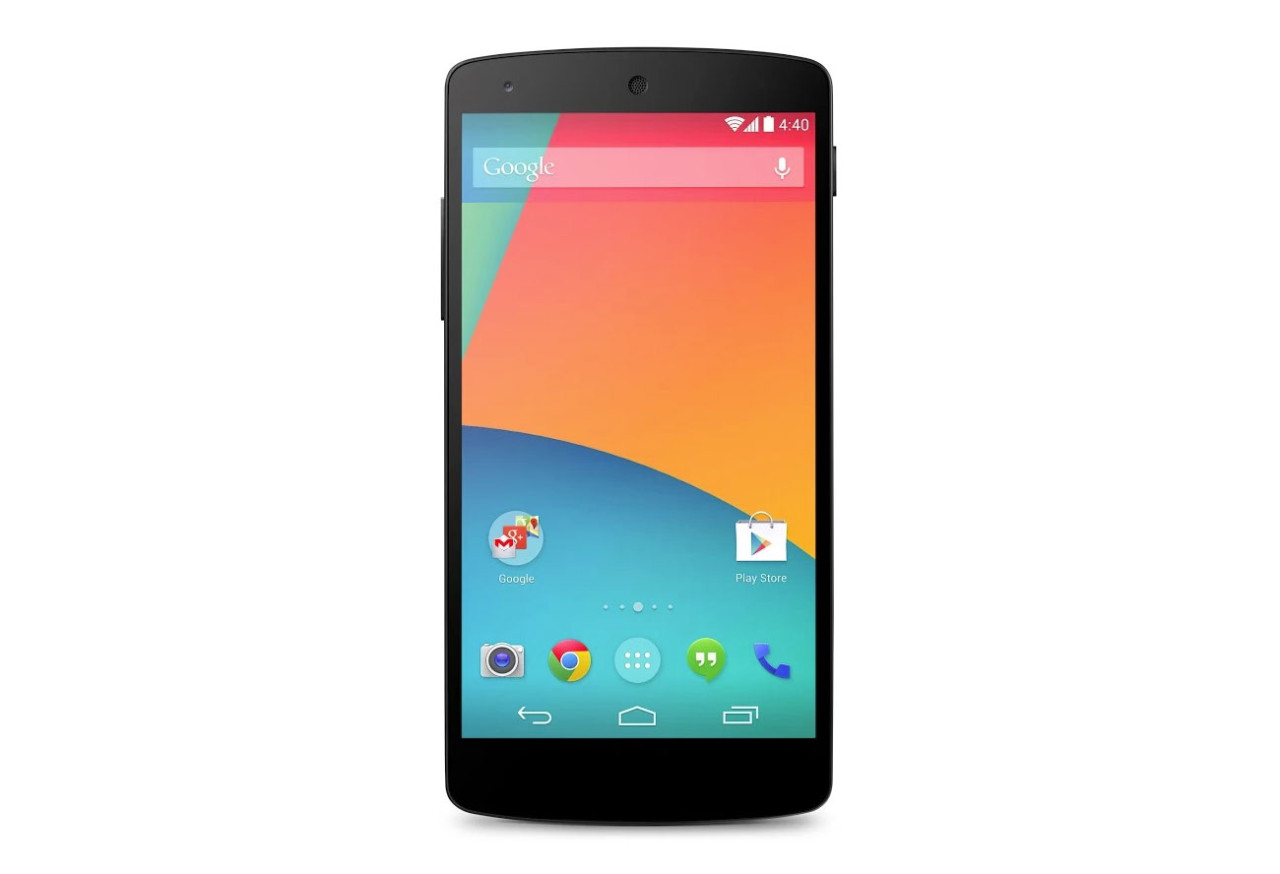 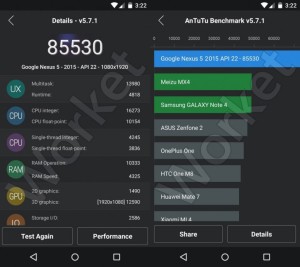 Google’s Nexus 5 (2015) has been the center of the rumor mill, especially with the above leaked picture. This surfaced on the Russian website, MobileTelefon, where supposedly, the Nexus scored an outstanding, record-breaking score of 85,530 points on the AnTuTu bench-marking. Several sites are questioning the authenticity of image, as the performance score greatly changes what the processor was originally going to be.

For those who aren’t familiar with AnTuTu, it’s an Android Bench-marking application. It tests memory performance, graphics, CPU performance, and even SD card “read-write speed.”

Now, concerning the scores, Tech Times theorized that, “the leaked scores are nothing but fake since past experiences showed just how far the smartphone manufacturers are willing to go which include manipulating scores in order to make them appear higher, believing that it would help in generating huge sales for the device.”

Understandable, as back in October 2013, issues like this were what led the site AnandTech to investigate bench-marking scores, and whether or not manufacturers were being honest with the phones they were selling.

At the same time, exaggerated scores creates unnecessary hype for the device. After all, this is the only image to have surfaced concerning a performance score for the Nexus 5.

But can you really blame the Nexus manufacturer? There hasn’t been any official release from them, and the leak is coming from Russia (the image could be the result of the photo-shop).

We mentioned before that the score would reflect the processor being used. For a score of 85,530, that requires a pretty powerful processor. Tech Times noted that only two processor variants could overcome Samsung’s Exynos 7420: Snapdragon’s 820  and the Helio X20. “However,” the site said, “the latter had previously stated that its 10-core chipset is capable of obtaining 70,000+ score points in AnTuTu.”

And according to AndroidPit, LG’s-variant Nexus 5 (2015) runs on the Snapdragon 808 processor (something that the LG G4 runs on).

More information is likely to come out about the Nexus 5 (2015) and most likely, we’ll see something more official about it’s bench-marking scores. While it would be awesome to see a phone with a bench-mark score like that, we have to remember that we can’t believe everything we see. We’ll have to be patient and wait for more developments. But, while we’re waiting on more rumors to surface, what are your thoughts on the image? Does the score seem too good to be true? Let me know in the comments below.