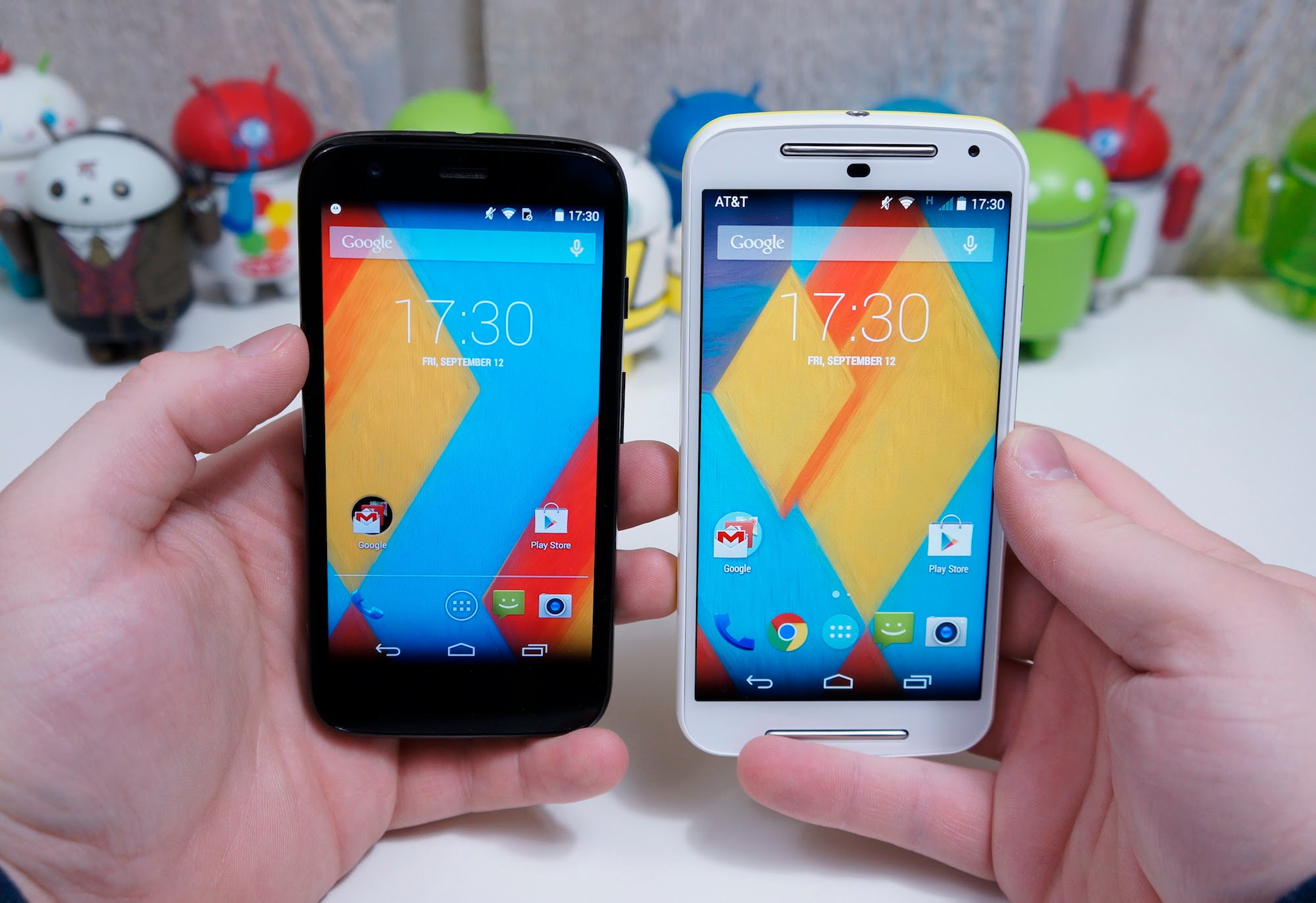 The battle of wallet-friendly phones has begun. On one side, we have fledgling Chinese smartphone company OnePlus, who’s motto “Never Settle” describes their patented obsession in developing the perfect mobile device (in this case, the One). On the other side, we have Motorola’s simple, yet effective Moto G (2014). It’s time to decide which is better (and more simplistic) for you in the long run.

Now, the One was released back in June 2014, so it’s well over a year old, whereas the Moto G (2014) will turn one in September. They’ve been on the market for some time, establishing a firm customer base. After all, according CNET, Motorola President Rick Osterloh stated that the, “Moto G has absolutely been crucial for us [Motorola]. It’s a primary reason we’ve gone from no share to something relevant now in some markets.” And the OnePlus One reached one million sales in 2014.

Despite how cheap the Motorola G (2014) is, the One packs a lot powerful hardware for a phone that’s $249.99. In this time and age, you don’t want to be caught with a device that has less than 3 gigabytes of RAM. But, if you’re looking for something as simple as making a phone call, or doing a little bit of texting, then the Moto G (2014) is certainly for you. When it comes to specs, the Moto G (2014) takes another step forward being a wallet friendly phone.

However, the One deserves a point in the camera department. While cameras play a massive role in mobile technology, the One trounces over the Moto G with it’s 13 megapixel camera (the Moto G only has 8 megapixels).

There aren’t any specific special features that these smartphones have. They have non-removable batteries, document viewers, photo editing, but other than that, nothing that stands out. When it comes to features, it’s a tie.

With it’s relatively cheap price, the Moto G (2014) emerges as the better wallet-friendly phone. While it may not pack as powerful hardware that the One possesses, the Moto G (2014) is simply perfect for those who don’t want anything too flashy.

When it comes to owning a smartphone, it pays to remember how often we use it. If someone is heavily dependent on apps, then a powerful device is the way to go. And if someone just needs a phone to call or send a couple of texts out, then a cheaper device will settle their needs. Do you agree with the winner? If not, what are your thoughts on the comparison? Let me know in the comments below.

Smartphones, tablets, laptops, drones, smartwatches my goal is to review them all.
Previous Samsung’s Galaxy Note 4 vs. Galaxy S6 Active: Out With the Old, In With the New
Next Don’t forget about the Xiaomi Mi4, on a discount