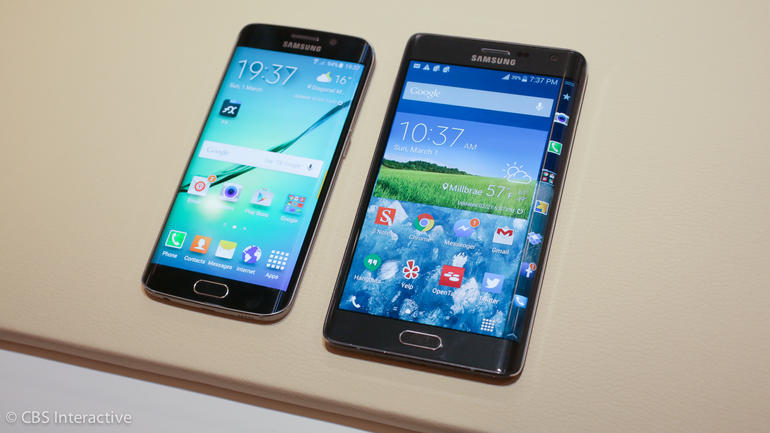 Samsung Galaxy S6 Edge+ Rumored To Be Released in August

It may come as a surprise to some, but the Samsung Galaxy S6 Edge+, and the Galaxy Note 5, might be released in August. Multiple sites have been reporting the rumor that you’ll see both announced on August 12, and then subsequently released on August 21.

And as usual, Samsung has yet to comment on these rumors.

Let’s review what we know so far about the S6 Edge+. It’s going to come packed with a 16 megapixel rear camera and 5 megapixel front-facing camera, along with a 3,000 mAh battery, and will have 32 gigabytes of internal storage. The S6 Edge+ will also have a curved screen on both sides and should be running Android 5.1 Lollipop. As for it’s processor, expect the Qualcomm Snapdragon 808 chipset with a hexa-core CPU (and 3 gigabytes of RAM).

But what’s interesting is that the smartphone coincidentally looks like a bigger version of it’s predecessor. Despite the similarities, GSM Arena would note that there are minor differences between the differences. “One,” the site noted, “being the placement of the microphones both on the top side and on the bottom, along with the lack of an infrared blaster.” Will this smartphone revive the problems that the Galaxy S6 had? Even the wireless charging issues of the Galaxy S6 Edge? We’ll have to wait and see what happens on it’s release.

According to AppleInsider, the Galaxy S6 Edge+ will come with a gold color option, but that seems to be the extent of it’s customization.

It’s exciting to hear that next month might be the unveiling of two powerful Samsung devices. Already, we saw the Galaxy Tab S2 released ahead of time and the rumors surrounding that tablet proved to be true. In the meantime, and while we’re waiting, are any of you excited for the Galaxy S6 Edge+? The Galaxy Note 5? Let me know in the comments below.

Smartphones, tablets, laptops, drones, smartwatches my goal is to review them all.
Previous Samsung Galaxy S6 Edge Having Issues With Wireless Charging
Next iRadish Y6 – the hybrid with a funny name and cheap price