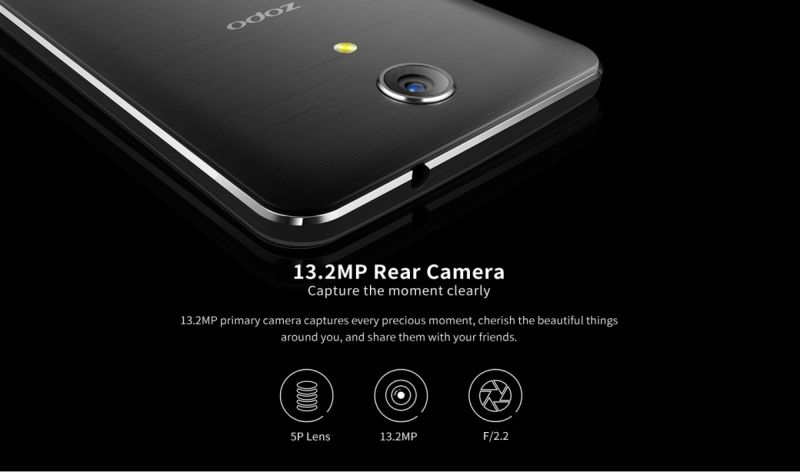 Flagship fatigue is a real phenomena, and people are noticing it more and more. Spending more than $500 on a flagship is no longer appealing to Android fans, seeing as there are thousands of excellent flagship smartphones out there, starting with the OnePlus 2, that cost less than half of that. The Zopo Speed 7 is an excellent example of craftsmanship and engineering, and demonstrates how software and hardware can work together to make a smartphone that is suitable for any tastes. The Zopo Speed 7 is now available on GearBest for only $200 with free shipping, and it’s worth every penny.

The Zopo Speed 7 is an entirely new smartphone, launched a few days ago in China, and it’s just making its way on the international market. The smartphone aims to be the company flagship, with a larger version named Zopo Speed 7 Plus also available for purchase. When it comes to features, the Zopo Speed 7 has everything, but some might notice and judge the lack of a fingerprint sensor. Biometric security has been omitted from the Zopo Speed 7 in order to keep costs down and because Android users aren’t that fond of biometric security as iPhone users are, for example.

Under the hood, the Zopo Speed 7 comes with a 64 bit octa core MediaTek processor, backed by 3 GB RAM and 16 GB internal storage. It comes with a microSD card slot and dual SIM card slots, too, so there shouldn’t be a problem with storage or connectivity and communication. The Zopo Speed 7 is especially praised for the 13.2 MP camera on its rear, complete with autofocus and LED flash. The front camera is a 5 MP wide angle lens, perfect for group shots and selfies at the same time. The camera software and app are snappy and fast, and will launch in an instant, thus making the Zopo Speed 7 an ideal pick if you want responsive and fast spontaneous shots.

The device comes with a5 inch IPS display that as 1920*1080 resolution, which makes it be on par with many of the FHD and Retina resolution smartphones that are already on the market. The Zopo Speed 7 is fast and snappy, and while the display is truly bright and sharp, it does use up a lot of power. That is way Zopo chose a capable 2500 mAh battery to support all that power consumption, and it handles heavy use rather well. Android 5.1 Lollipop and double tap to wake complete this comprehensive portrait with an excellent user experience.

Although there’s no fingerprint sensor, the Zopo Speed 7 looks and feels premium, even in the absence of a metal chassis. Its edges are metal and the chassis itself is covered with a special metallic coating that resists damage fairly well. The design is slim and stylish, and the on-screen buttons did allow the company to design the Zopo Speed 7 with thin bezels all around. Its size and weight are comfortable, right in the middle, so it can be a perfect daily driver. Whether for work or play, the Zopo Speed 7 boasts with excellent bang for buck and quality, and you can’t miss with it.

Tech Editor with lots of experience with PC hardware components, iOS and Windows-based mobile devices, and love keeping myself up-to-date with any developments in the industry, which I make my job in sharing with you, our readers.
Previous iPhone 6s: Time to Trade in Your Old iPhone?
Next iPad Air vs. Samsung Galaxy Tab Pro 10.1″: The Two Giants