Leagoo Elite 1 on presale for $174 unlocked

The Leagoo Elite 1 is a new release from the Chinese company Leagoo that aims to bring a bit of minimalism and simplicity to the industry of mid-range and flagship smartphones. The main attraction with this phone is of course its price, which is set at $180 unlocked, but you can get a slight discount on your purchase if you use the coupon code Elite1 at the checkout page over at Everbuying.

Although mostly under the radar, the Leagoo Elite 1 can be a great investment especially since most smartphones that are hyped right now are very expensive compared to this handset. Its main features include near-stock Android 5.1 Lollipop with slight skinning from Leagoo. Luckily, Chinese manufacturers like Leagoo keep bloatware to a minimum, thus maximizing storage space available on the phone.

The Leagoo Elite 1 is a standard size smartphone with a 5-inch display, but its design stands out a bit with the thick bezel on the bottom. The rectangular home button looks retro, but still manages to keep the phone itself stylish and fashionable. The metal frame of the device gives it a premium feeling that seems to be very popular at the moment.

Features of the Leagoo Elite 1 include a lot of hardware that can rival with smartphones like the Galaxy S6, iPhone 6 Plus and OnePlus 2. Since it’s a presale product, we can’t really say whether it can actually top the performance of international best sellers, but it sure has a good shot at doing just that.

The 5-inch display comes with a FHD resolution of 1080*1920, which puts it on par with many flagship smartphones that have been launched in the past year. The display quality is exemplary for its price range, mind you. A 64bit MediaTek MTK 6753 CPU, 3 GB RAM and 32 GB expandable internal storage make performance top of the line. Expandable storage is always appreciated, although on the Leagoo Elite 1, it might end up being forgotten about as 32 gigs should be enough for most people. 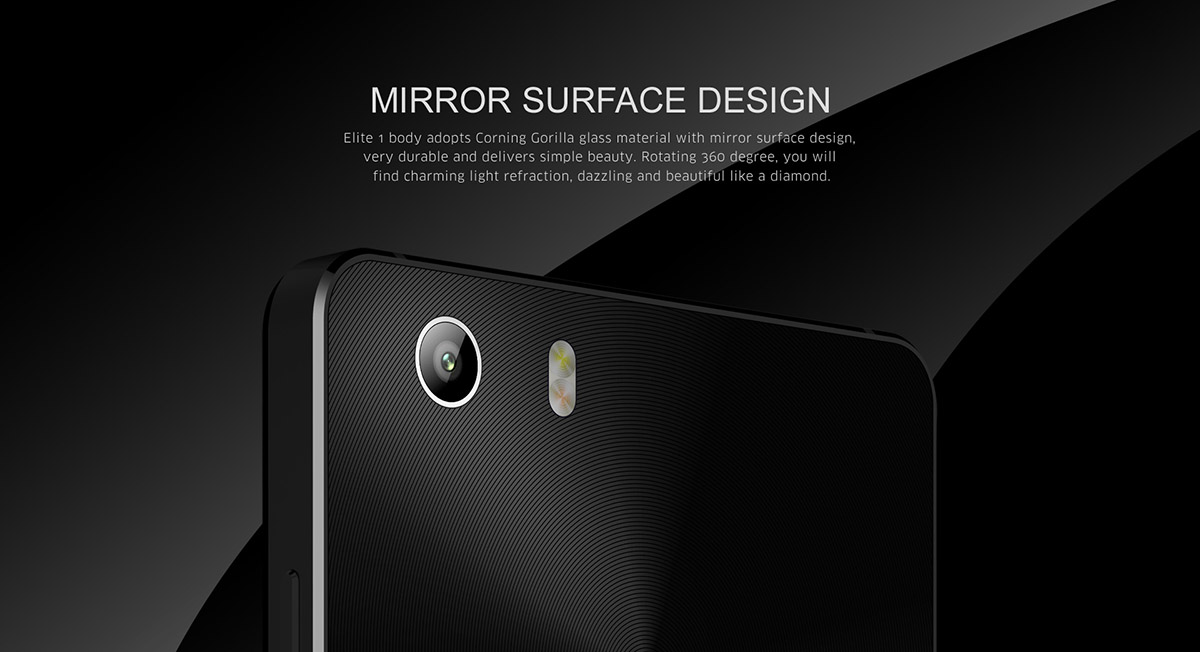 The camera setup is impressive to say the least as we have a huge 13 MP camera on the rear of the device, complete with flash and a 8 MP camera on the rear. The battery measures 2300 mAh which might sound small, but the manufacturer promises decent battery life of about two days with moderate use.

All that being said, the Leagoo Elite 1 sounds like a very good deal for the price. The free screen protector and the high quality earphones only make the deal more appealing to the average customer in my mind. Make use of the coupon code above and get your hands on this device while it’s hot. The presale period ends on September 20, so you still have time to make your decision. Any takers?

Tech Editor with lots of experience with PC hardware components, iOS and Windows-based mobile devices, and love keeping myself up-to-date with any developments in the industry, which I make my job in sharing with you, our readers.
Previous Wearable game on point with the NT08 smart watch/smartphone
Next Oukitel A28 available for $40 for a limited time only