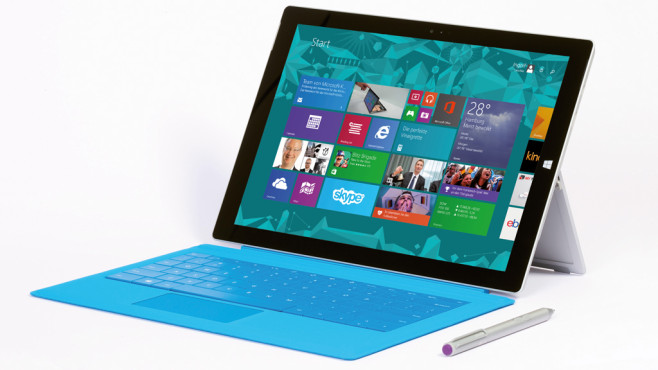 We know without a doubt that Microsoft will bring us a new member of its popular tablet-line, the Surface Pro,  later this year. Most likely bearing the name Surface Pro 4, the upcoming tablet will very likely capitalize on features introduced in the latest OS from Microsoft, Windows 10. It also has to be a significant upgrade from its predecessor, the Surface Pro 3, which did surprisingly well, considering Microsoft is hard-pressed by rough competition in the tablet market, with giants Apple and Samsung pushing out yearly flagships that leave little breathing room for competitors.

Speaking of which, the Surface Pro 3 might just become even more popular, since the Bill Gates-founded company has been slashing prices on Surface Pro 3 tablets considerably, with as much as $150 on some models. While this is good news by itself, it’s also a strong indication that the Surface Pro 4’s release date might be closer than anticipated. While Microsoft has not announced any particular release dates, specs or prices for its upcoming tablet, it’s safe to assume it will come out sometime this fall.

Now, this leaves consumers facing two options. The first is to obviously hold off on any purchases and see what the Surface Pro 4 and all the surrounding hype is all about. The other, based on recent Pro 3 price reductions, is to make the most of these and pick up a solid tablet for a surprisingly good price. The cheapest version of the Pro 3, the 64 GB one, sadly did not receive any price-trims. It will still set you back $799. However, more high-end versions of the tablet-PC hybrid have seen some pretty hefty reductions across the board, with the i7 CPU, 512 GB version of the Pro 3 going down to $1,799 from $1,949, or the i5 CPU, 8 GB RAM, 128 GB storage version going down to $1,149 from $1,299.

These prices might baffle you, but the Surface Pro 3 isn’t a low-end product. It combines the benefits of extremely portable tablets and ultrabooks, with the performances of high-end Notebooks. A 12 inch 1080p touch-screen, solid battery life and 1.76 pounds in weight, there’s a lot going for Microsoft’s portable flagship. While it caters to a niche market, it certainly has it pros. The only question that needs answering now is weather the Surface Pro 4 will cater to the same market, or will Microsoft be making a move towards a more affordable, mid-tier product that could really put the company up there with the best of them.

As long-time IT enthusiasts, gamers and gadget fanatics, Mark and I have been working in the industry for a long time and we both have a vast experience in dealing with smartphones, tablets, PC and console hardware and everything tech-related. My list of industry insiders is long-enough to allow me to get insights into what's going on in the technology field and provide my readers with interesting and timely updates. I focus on brief, to-the-point reporting, keeping the "bla bla" to a minimum and making sure my readers get easy access to important information and updates. I mainly specialize in Android-based mobile devices, leaving iOS and Apple devices in Mark's capable hands.
Previous Samsung reveals Gear S2 Smartwatch, aims to compete with Apple and Motorola
Next New Nexus 6 images emerge hinting at curved back and fingerprint sensor