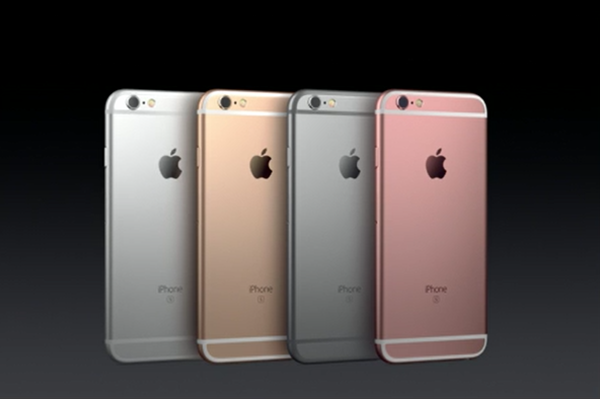 Phones in general have seen a huge boom this decade, whether they were powered by Apple’s iOS, Google’s Android or Microsoft’s mobile Windows. Granted, most people already have a preference when it comes to their favorite smartphone platform. Some prefer the comfortable familiarity of iOS. Others prefer the customization options offered by Android. There are even those that can’t seem to move away from Blackberry’s odd OS and irreplaceable QWERTY keyboards. And then there are those, like myself, that prefer whatever gets the job done best or feels comfortable.

Regardless of preference, there comes a time when you’re simply looking for a worthy upgrade for your somewhat aging phone. And why not, after all, considering that we’re getting more and more features crammed into phones with every passing year. The fall season is a great time to consider an upgrade, since many companies throw out great options during this period. I’ve had countless phones sit inside the front pocket of my jeans for the last few months, and while I’ve loved features and aspects of most of them, I feel I’m ready to move on to a newer, stable, long-term candidate for that position. That being said, I’m being torn apart between two very tempting prospects, both of which will become available later this month. As you well know, Apple announced its new iPhone 6S yesterday, a phone that’s coming out on the 25th of September. At the same time, Google’s own successor to the Nexus 5 is also knocking on our doors, with 2015’s Nexus 5 being weeks away from a release, together with Android Marshmallow.

The question arises – which one is worth picking up, if either at all? Are either of these phones bringing something truly new and impressive to the table that warrant an upgrade? The answer is rather complicated, and it’s a mixture of both a ‘yes’ and a ‘no’. Let’s start with Apple’s recently revealed 6S. At a first glance, there’s not really a noticeable difference compared to last year’s 6 or 6 Plus. It looks almost identical. However, upon picking it up, you’ll feel a slight change in weight, meaning that the new iPhone 6S has definitely been bulking up. The change is minor, but it’s tangible, and the new phone simply feels better in one’s palm. Long gone are the days when phone manufacturers were striving to make phones as light as humanly possible, and I’m glad. I don’t want to go back to carrying a brick in my pockets (remember those radio-like Philips phones?), but lightweight usually translates to poor build quality, so a solid feeling iPhone is definitely a plus in my book.

Besides the small change in weight, the new iPhone 6S also brings to major changes that aren’t as apparent at first as you’d expect. For one, the older A8 chip has been replaced with Apple’s A9 chip, and the difference in performance is quite significant. That’s not to say last year’s flagship is slow, not even close. Heck, even the older 5S is still fast enough to handle today’s apps. However, a faster CPU will go a long way in ensuring you get a future-proof phone, and blitzing through apps on the new 6S feels great. Secondly, Apple introduced its 3D Touch technology to its new phone, and the feature (focused on recognizing how hard you’re pressing your fingers on your phone’s screen and reacting differently in accordance) is excellent. It does take some getting used to, but once you get the hang of it, it makes accessing various apps and features so much more convenient, that you will never want to go back to phones without it.

That being said, are these enough to warrant an upgrade and the purchase price of a new iPhone? Probably not if you’ve picked up the iPhone 6 or 6 Plus last year, but definitely yes if you’re using an older Apple phone. If you manage to get a good trade-in deal, it might even be worth considering even if you’re the happy owner of a regular iPhone 6. The tweaks to the new 6S are minor, but they’re there, and they add up, making the 6S a much more fun phone to use.

What about Google’s Nexus 5 2015, or the Nexus 5 2nd edition as some would call it? The original Nexus 5 brought along a mixture of raw Android, good specs, affordability and great (albeit not extremely durable) design that made the phone easy to hold and a pleasure to use. In that regard, Google and LG have big shoes to fill. Then again, the original Nexus 5 is a bit outdated by now, and while the long-time favorite of Android fans out there is still struggling to hold its own, it’s not the young phone it used to be. Google’s Nexus 6 wasn’t bad, but the phablety feel it brought didn’t satisfy the need for an affordable, easy to hold and use smartphone for the masses.

So naturally, expectations for the Nexus 5 2015 are high. Will it deliver? It’s hard not to, considering the fact that upgrading from the old Nexus 5 isn’t particularly hard anymore. If Google and LG manage to keep the affordable price-tag while giving the new phone some oomph and improving on some of its outdated features, it should be a recipe for success. The phone is rumored to bring a 1.8 GHz Snapdragon 808 CPU, an upgraded 12.3 MP main camera, a full-HD 5.2 inch display (yup, just the right size), a durable 2700 mAh battery and a finger-print sensor. That pretty much touches upon the areas we were hoping to see improvements, and even if these specs are a guideline and are not confirmed as of yet, they sum up what the new Nexus 5 will be all about well.

Additionally, the new Android promises to right the many wrongs of Lollipop, so overall, the Nexus 5 2015 and the new OS it will bring definitely warrant an upgrade. Unless you have an extremely high-end device from this year, keeping an eye on Google’s upcoming posterchild phone is a good idea. Upgrade value? Extremely high!

As long-time IT enthusiasts, gamers and gadget fanatics, Mark and I have been working in the industry for a long time and we both have a vast experience in dealing with smartphones, tablets, PC and console hardware and everything tech-related. My list of industry insiders is long-enough to allow me to get insights into what's going on in the technology field and provide my readers with interesting and timely updates. I focus on brief, to-the-point reporting, keeping the "bla bla" to a minimum and making sure my readers get easy access to important information and updates. I mainly specialize in Android-based mobile devices, leaving iOS and Apple devices in Mark's capable hands.
Previous Blu launches Pure XL, an affordable high-end Android smartphone running 5.1 Lollipop
Next Get a smart watch for less than $30 in flash sale