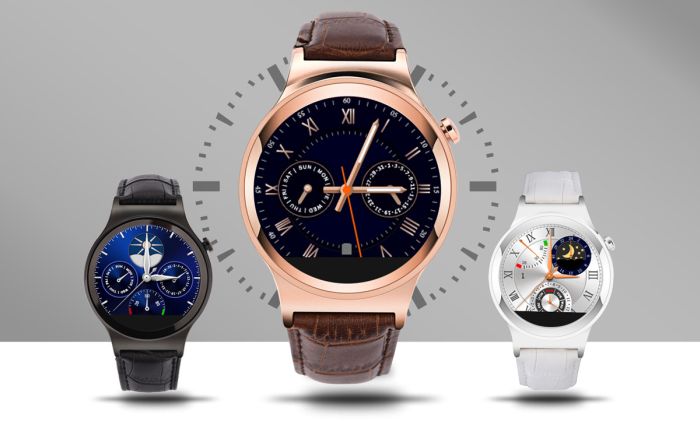 The wearable market is not even close to being saturated, but we can’t help but notice the rapidly growing number of available wearable devices. One neat find that we’ve come across is the No. 1 S3 smart watch, which you can buy on GearBest for only $58.99 if you use the coupon code GBNOS. That’s a pretty neat price for a feature-filled smart watch, mind you.

The No. 1 S3 is a circular smart watch with a leather band and thin bezels around the display. Like the original Moto 360 and the 2015 edition as wel,, the No. 1 S3 gets its own black bar on the bottom of the display. Those of you familiar with Motorola’s round wearable know that the black bar is only a minor inconvenience that doesn’t really affect the user experience.

The No. 1 S3 is filled with neat features, so it’s not just the design that is impressive. The smart watch touts Bluetooth 4.0, a MTK2520 CPU, an optical heart rate monitor, a thermometer, an array of sensors and of course, a SIM card slot. The touchscreen of the device is made from nano-glass, which is supposed to be really tough and resistant to scratches.

The No. 1 S3 smart watch comes with its own gesture recognition system, and although primitive compared to what it could do, the watch’s display lights up when it senses that you flicked your wrists. That’s a handy power-saving feature, although the 350 mAh battery within the watch promises an autonomy of about 36 hours, which acceptable enough. For the price, the No. 1 S3 smart watch is a great buy, especially considering that you can make calls without tethering to a smartphone. Android and iOS both compatible, although iOS features are limited. Any takers?

Tech Editor with lots of experience with PC hardware components, iOS and Windows-based mobile devices, and love keeping myself up-to-date with any developments in the industry, which I make my job in sharing with you, our readers.
Previous 9.7-inch Teclast X98 Pro tablet touts full Windows 10 OS
Next Ulefone Paris: 5-inch Android flagship for an affordable price