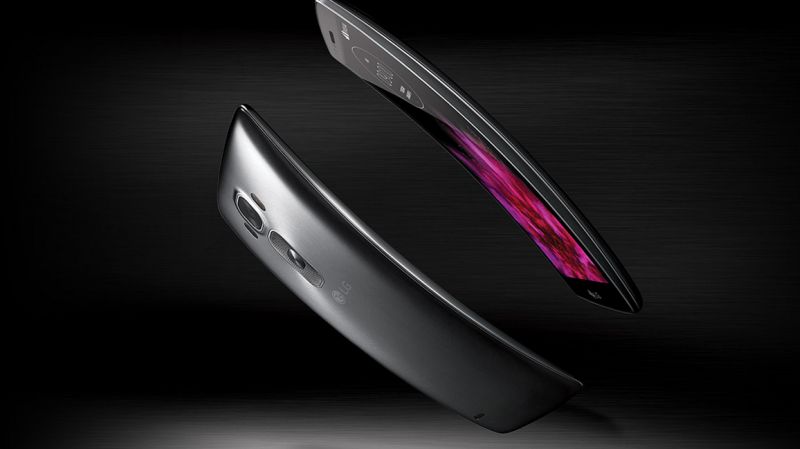 LG released G Flex 2 at the beginning of this year. LG G Flex 2 follows in the footsteps of LG G Flex, released October, 2013, but it is, as expected, lighter and thinner.

Regarding the design of this smartphone one has to mention that it is visibly smaller than its predecessor, having a smaller, 5,5- inch display, in comparison with the 6- inch display of the first LG G Flex. Although the size of the display is smaller in the case of LG G Flex 2, its resolution is higher (1080 x 1920 pixels ;~403 ppi pixel density) than LG G Flex’s 720 x 1280 pixels. This of course means that the visual quality is a lot better than the first LG G Flex’s. The flexed shape is similar with the first LG G Flex’s shape, but the smaller size makes the LG G Flex 2 more manageable and comfortable to hold and carry. Due to its curved shape it will fit in any pocket, users won’t even feel it’s there.

The new LG G Flex 2 comes in platinum silver and flamenco red colors, being suitable for ladies and gentlemen also. Just as the first flexed smartphone, LG G Flex 2 has an advanced self- healing back, being able to recover from light scratches in approximately 10 seconds due to its high- density molecular shell.

The new LG G Flex 2 comes with a v5.0.1 Lollipop Android operating system which can be upgraded to 5.1.1 Lollipop, being considerably more powerful than the LG G Flex with its Android 4.2 Jelly Bean. The new version of the banana- shaped smartphone comes with faster Snapdragon processor and speedier 3 GB RAM, making the smartphone a lot more powerful than its previous version. LG G Flex 2 is also enhanced with a micro SD card slot which can go up to 128 GB of memory.

As far as the cameras go, the new LG G Flex 2 has the same 13 MP primary camera and the 2.1 MP secondary one.

Overall we can say that the LG G Flex 2 is a smaller, better, cuter, manageable version of the first banana- shaped smartphone, and of course is still a lot different than any other smartphone due to its curvy shape. In case the shape of the phone does not necessarily impress you, any user will still claim that this is a pretty powerful device due to its fast processor and its improved specs.

I have always been eager to try out any gadget I could get my hands on. I became a tech journalist so that I could always be around technology and see the newest devices. I use gadgets every day to make my work and life easier. I have enough experience to know If a device is actually improving my activity, offers something useful or new. I will post my honest opinions and judge a device as objectively as I can.
@https://twitter.com/Colin27Anderson
Previous Sony Xperia Z3 – should you upgrade from Xperia Z2?
Next Moto 360 – The best looking smartwach