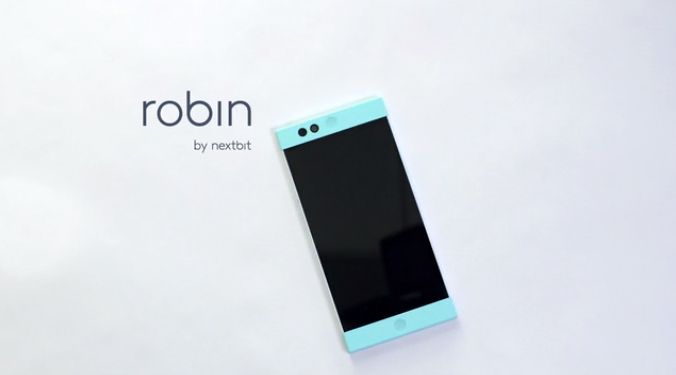 NextBit Robin: Snapdragon 808 phablet with roots in the cloud

The NextBIt Robin is a crowdfunded cloud-smartphone, so to speak, as its main feature and selling point is that it uses mainly cloud storage. As more and more people are aware of the fault in physical storage and the risks that it has, they turn to cloud storage as a viable solution. Although the cloud is not yet where we would like it to be, the NextBit Robin is making a singificant contribution to the way in which we approach cloud storage generally.

Tom Moss (NextBit CEO) and Verizon have reached an agreement to make the crowdfunded phone available in the U.S. as soon as possible, as easily as possible. The two companies have announced on Friday that the NextBit Robin would go on sale starting the same day. The Verizon version of the smartphone is only available to U.S. customers (Verizon is not global, yet), who can purchase it through Kickstarter for $350. The original NextBit Robin price was set at $300 for the first 300 backers, but units were quickly sold out.

The advantage of the NextBit Robin is that it can store nearly everything in the cloud, without the user’s interference. That means that users can save and delete files from the phone, setting their storage as necessary, but still feel secure about their apps and data, as it is all stored in the cloud, from where they can easily retrieve them.

Besides being a cloud-powered smartphone, the NextBit Robin is a pretty neat smartphone that can easily go up against the newest releases of the industry. With a minimalist design that is inspired by Material- and industrial Design, the handset looks and feels like the future. Although its materials won’t be considered premium, the company truly nailed the design process of it all and managed to create a phone that’s appealing, even if it’s blocky.

The NextBit Robin is rather cheap, compared to current flagships like the OnePlus 2, LG G4, Samsung Galaxy S6, Samsung Galaxy Note 5 and Galaxy S6 Edge Plus. It’s priced as a mid-ranger, but it offers flagship specifications, which is rare in the smartphone industry, especially if it’s not from China. The phone should start being shipped in the first quarter of 2016, we we’ve a while to wait before we find out how good it actually is.

Tech Editor with lots of experience with PC hardware components, iOS and Windows-based mobile devices, and love keeping myself up-to-date with any developments in the industry, which I make my job in sharing with you, our readers.
Previous Apple Car interest peaks as company is close to unveiling
Next Surface Pro 3- The Taplet Which can be Better Than a Laptop or a Tablet