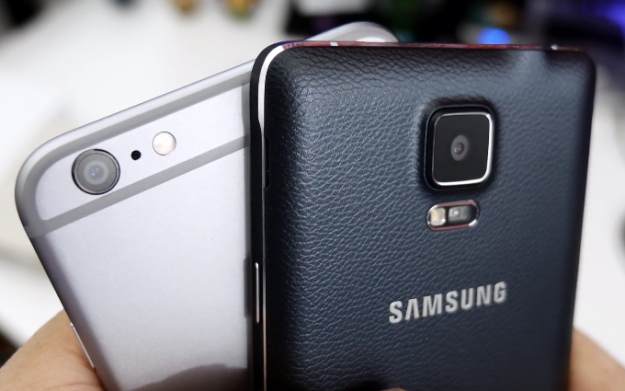 Almost all mobile phones come equipped with cameras, it’s more or less a standard in the industry. Depending on the make and model the quality of a photo taken by a camera phone varies. Today’s flagships are able to take pictures that can give dedicated digital cameras a run for their money.

There are several elements that influence the quality of a picture taken by a camera phone. The first that comes to mind is the number of megapixels which represents the size of the picture. A more important element is the image sesor that converts light into electrical signals, the quality of the lenses and last but not least the processing of those electric signals to produce the image. High-end devices have a dedicated graphic processor that helps construct the best image possible.

The Samsung’s Galaxy Note 4 camera received pretty good reviews so far, but it did not bring anything groundbreaking and closely resembles the one found in the Galaxy S5. It does however have Optical Image Stabilization (OIS), something not found on the S5. The Note 4 has a 16 MP camera that can take pictures with a resolution of 5312X2988,  OIS, autofocus and several features like panorama, smile detection, HDR, and so on.

Apple’s iPhone 6s promises to bring something new on the table. First they improved the number of megapixels, upgrading from the 8 MP camera found on several previous versions of the iPhone to a 12 MP one that will take pictures with 4608 x 2592 pixels. The new iSight camera comes with an improved sensor and a better image processor. Along side the commonly found features Apple added Live Photos, a feature that creates more then a photograph, it creates a memory by recording sound and image a few moments before and after the moment you want to preserve. The phone will be able to record video at 4k resolution and by using iMovie sampling and editing to create picture in picture or split screen videos is faster an easier.

After the 25-th of September we will see if the new iPhone’s camera can deliver what it promises.

I have always been eager to try out any gadget I could get my hands on. I became a tech journalist so that I could always be around technology and see the newest devices. I use gadgets every day to make my work and life easier. I have enough experience to know If a device is actually improving my activity, offers something useful or new. I will post my honest opinions and judge a device as objectively as I can.
@https://twitter.com/Colin27Anderson
Previous Blackberry Venice – the first BB android phone
Next The Many Faces of Apple Watch