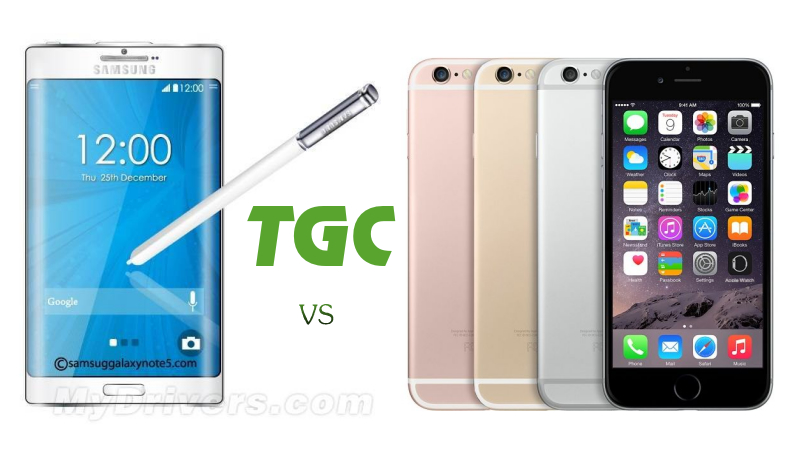 Samsung is rather proud of the Galaxy Note 5, and with good reason, as they outfitted the new stylus-touting phablet with an array of new features. While the Galaxy Note 5 is interesting from all aspects, starting with design and down to the camera, this time, we’ll be focusing on battery life in comparison to Apple’s own pride and joy of the year, the iPhone 6S.

Already, we can see one clear advantage that the Galaxy Note 5 battery has over the iPhone 6S one. Apple doesn’t seem to concern itself with wireless charging right now and while many people don’t understand why, it is a fact that Apple is not really into that department right now.

Add to that the fact that smartphone enthusiasts and even average users are starting to appreciate the convenience that wireless charging has to offer, and we can pinpoint a new trend in the industry. With Apple not using the new standard in their top-notch smartphones, some are skeptical of what the company is trying to achieve.

Regardless of that, returning our stream of thought to the Galaxy Note 5 we were surprised to see that unfortunately, its battery life is not superior to that of its predecessor. Although wireless charging is super fast, the Galaxy Note 5 battery life is below expectations. But that doesn’t necessarily mean that it’s bad, it just means that Samsung didn’t wait long enough to be able to improve upon that aspect.

Considering that software updates usually impact battery life in a significant way, we might be able to change our opinions about the Galaxy Note 5 battery life in the end. Android 6.0 Marshmallow and subsequent updates might improve upon battery autonomy in the phone, as long as Samsung makes the necessary optimizations to Android.

Effectively, the Galaxy Note 5 battery life will offer users about 6 to 8 hours of screen on-time or two days of moderate use. That’s pretty far out, although the Galaxy Note 4 can top that usually. Nonetheless, heavy use will result in a full day of usage, which is rather impressive for a phone with such a massive display.

Tech Editor with lots of experience with PC hardware components, iOS and Windows-based mobile devices, and love keeping myself up-to-date with any developments in the industry, which I make my job in sharing with you, our readers.
Previous Apple apps infected with malware
Next Google Glass – smart eyewear