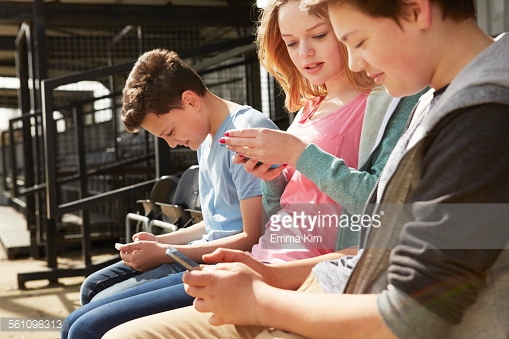 Unfortunately for online publishers, millennials are also the ones who use ad- blocking, being in the same time the destroyers of this branch. Online publishing can not last for a long time without ads. These are the means by which publishers gain money, mostly because the young generation nowadays can’t even begin to think that paying for online content should be normal. Unless the millennial generation will start contributing financially to online publisher’s businesses, and they won’t allow ads in their online experience and keep blocking ads online publishers will slowly become history, not being able to support themselves.

According to a joint study conducted by Adobe and Pagefair the percentage of ad-blocking users is quickly approaching  16% among US audiences which can be translated into a $10.7 billion cost to publishers only last year. Among the young generations, the rate of ad- blocking is higher, approaching 50 %, this being extremely ironical considering the fact that this is the generation which is mainly targeted by online publishers. Although the older generations still think that nothing can come cost- free, not even online publishing, the younger ones think that they are entitled to an ad- free online experience and that they should never pay for online content. Unfortunately, this generation does not realize that online publishers have to pay for their pages, for their content, and thusfar they have managed to accomplish this by selling ad space, but since more and more users have chosen in the past few years to use ad- blockers, companies who would have paid for online ads have now chosen other forms of publicity.

Ad- blocking of course is not necessarily a problem for big companies which would advertise on the internet, such as Google and other ad-tech companies, but  it is a major problem for independent journalism, given that these small contributors find themselves in the position that they can not promote their work, being forced to withdraw and find other ways to survive.

The launch of Facebook, Instant Articles, Snapchat Discover, and Apple News are considered to be providing the potential for new monetization opportunities and potentially larger and more stable audiences. Some of the online advertisers have chosen to change their ad formats in such a way that ads would not be as annoying for users, who will not block ads this way.  There are also publishers who suggested that users who would like an ad-free online experience should pay for this, by paying for subscription or by micro-payments, butso far this does not seem to be the solution to the ad- blocking problem, considering the fact that not many users are ready to pay for online content.

I have always been eager to try out any gadget I could get my hands on. I became a tech journalist so that I could always be around technology and see the newest devices. I use gadgets every day to make my work and life easier. I have enough experience to know If a device is actually improving my activity, offers something useful or new. I will post my honest opinions and judge a device as objectively as I can.
@https://twitter.com/Colin27Anderson
Previous Apple Watch OS 2 Finally Out
Next Google Wallet Update- Makes it Easier Than Ever to Send or Receive Money