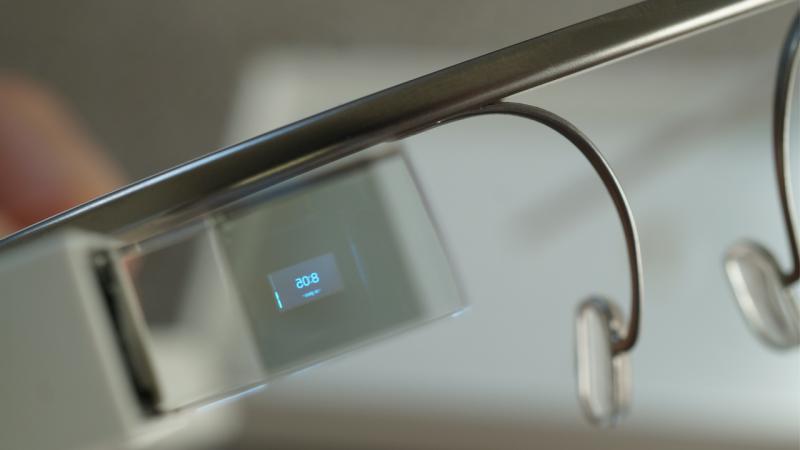 Google added a new member of the “smart” family, along side TVs, cell phones and watches.  In 2011 Google created a prototype that featured a head-up-display and weighed 3.6 kg. They believed in the project and kept on improving it and by 2013 the device was as light as a normal pair of sunglasses. Since 2013 Google Glass has been available to developers at a price of 1500$ and for the design of the frames they partnered up with the company Luxottica ( owner of Ray-Ban and other world famous glasses brands).

Since 2015 the Google Glass has become more accessible, you don’t have to be a developer to purchase, but you do have to at least 18 years old and reside in the US or UK.

The device has a couple of cool features to it like a touchpad on the side that is used to navigate though the interface. It comes equipped with a camera that takes pictures with a resolution of 2528×1856 and can record HD video at 720p. Besides the touch the device can also be controlled by voice, this promotional video from 2013 shows this feature of the Glass.

The Explorer Program come to a close, but Google announced that work on the Glass will continue. The device will most likely have and Intel chip as they are power efficient. The biggest concern will be battery life, the developers who used the Glass complained that they can not go a full day without charging.

There are concerns relating to the fact that now people can more easily record others without their consent breaching privacy laws and most countries. And in countries like Russia civilians are not allowed to use spy gear. Since 2013 different companies and government facilities banned the Glass inside buildings. Another concern regards the safety of the users, it’s very clear that having information put in front of you and blocking a part of the view is a major distraction. In the UK and US it is against the law to drive while using the Glass, it’s deemed as reckless driving, just like using a cell phone without a hands-free device. It’s not hard to understand that it is dangerous to drive while having a video projected on your eye or talking to a friend on Facebook.

Over all it seems like a very cool device, very sci-fi, any tech enthusiast would wear one an a daily basis.  I’m sure that there will be tons of apps for this device, even the possibility to install third party applications,  probably similar to those found on smartwatches and these apps will make the Glass useful in different types of situations. The Glass will improve the way we communicate and make other devices like smartwatches obsolete.

I have always been eager to try out any gadget I could get my hands on. I became a tech journalist so that I could always be around technology and see the newest devices. I use gadgets every day to make my work and life easier. I have enough experience to know If a device is actually improving my activity, offers something useful or new. I will post my honest opinions and judge a device as objectively as I can.
@https://twitter.com/Colin27Anderson
Previous Galaxy Note 5 vs iPhone 6S battery life comparison
Next The New Microsoft Band 2 – It Might Just Be Wearable