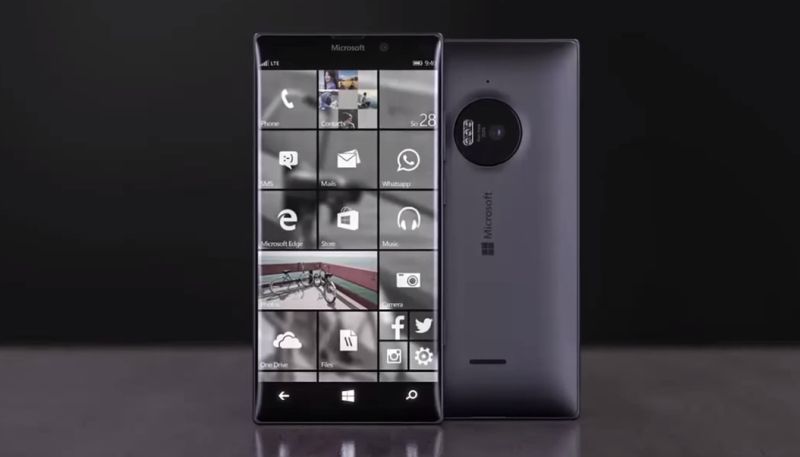 Microsoft’s new Lumia handsets might end up being more surprising than expected n the end. Although the community was convinced until today that the Redmond giant would launch Windows 10 Mobile alongside the Lumia 940, apparently the Lumia 950 is going to be this year’s flagship, in two different variants.

The Microsoft Lumia 950 release date for all models is set for October 6 apparently, when Microsoft is holding a devices event. During this event, the company will be demonstrating the new integration- and mobile features of Windows 10 Mobile on new flagship devices. The Surface Pro 4 will take care of productivity, while the Lumia 950 is going to take over the smartphone department of things.

According to the leak, the Lumia 950 price with dual SIM slots is set at $730 unlocked, while the Lumia 950 XL price is $840 unlocked. Those prices are unusually high for 2015, but that only means that Microsoft really outdid themselves this year. Note that retailers like the one that spilled the beans on Microsoft devices, usually put a higher premium price on devices. That leads us to believe that the actual price of the Lumia 950 if you buy from Microsoft will be somewhere around $6700 for the standard model and $750 for the XL model.

While we didn’t expect Microsoft to go down the dual-launch road, it seems Apple and Samsung persuaded the crowds into doing so. With the iPhone 6, iPhone 6S and Galaxy S6 also launching in multiple variants, including Plus ones, Microsoft might be on the right track with two different models of the same flagship. Most likely, one of the Lumia 950 units will be an average, smaller smartphone while the other will take the role of a phablet.

Windows 10 Mobile is going to be the highlight of the Lumia 950 and Lumia 950 XL, but leaked specs suggest that it might have other interesting things to show, too. Biometric security through an eye-scanner might be a possibility, but if not, a fingerprint sensor might be included to further secure Windows 10 Mobile to the user.

The two models of the Lumia 950 will most likely be almost identical in specs, as their pricing is very close. The display will most likely constitute the difference between the two, as the Lumia 950 is supposedly going to sport a 5.2-inch display while the XL version will sport a larger 5.7-inch panel on the front. Both are expected to don QHD resolution, although FHD would be just as nice, depending on internal configuration.

Under the hood, Microsoft is expected to use a Snapdragon 808 or Snapdragon 810 CPU, backed by 3 GB RAM and 16 GB internal storage with microSD expansion available if necessary. The camera setup of the Lumia 950 and 950 XL are one of the focus points, as rumor has it that it will be the champion of photography. A 21 MP camera with OIS, laser autofocus and dual-tone LED flash are expected to adorn the back while an 8 MP camera with its own LED flash should be on the front of the device.

Now, all that’s left to do is wait for the October 6 Microsoft devices event, where we will finally get a chance to actually see how the Lumia 950 and Lumia 950 XL look like. We’re curious to see what kind of upgrades Microsoft added to their new flagship, but most interesting will be the Windows 10 Mobile features that we haven’t seen yet. Excited?

Tech Editor with lots of experience with PC hardware components, iOS and Windows-based mobile devices, and love keeping myself up-to-date with any developments in the industry, which I make my job in sharing with you, our readers.
Previous The New Microsoft Band 2 – It Might Just Be Wearable
Next Apple Watch OS 2 Finally Out