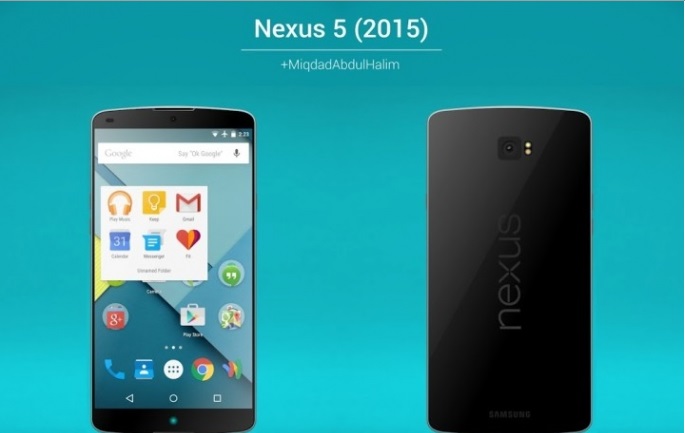 Two of the most anticipated android devices will be launched on the market this fall. Google will present the new Nexus smartphones build in collaboration with Huawei and their old partner LG. Along side the new devices Google will also release the newest version of Android 6.0 Marshmallow. It seems that these devices will be the first to run this version, but Google did not offer information about possible Android updates for current users from their version of the OS to Marshmallow.

Among all the new features it’s rumored that Android 6.0 will standardize fingerprint scanner support, so there’s a big chance that both Nexus phones will come with fingerprint scanner. From what we’ve seen so far from leaked pictured the devices show a scanner for fingerprints. Another exciting new feature of these smartphones is the USB type C support, which is reversible (so it’s easier to connect to the phone) and it can charge the device up to five times faster.

The device manufactured by Huawei will be named Nexus 6P and will be a phablet with a 5.7 inch screen and at it’s heart will sit a Snapdragon 810 with 3GB of RAM. It seems that we will not find a memory card slot, in stead there will be several variants raging from 32 to 128 GB of storage.  The phone will be equipped with a 12 MP rear camera and an 8 MP front facing one. I think we might find the Huawei’s P8 camera on Nexus, it received a lot of praise and Nexus phones are lacking a bit in that department. The device might come in an aluminium unibody. One of the most interesting rumor is the 3500 mAh battery, with such a big energy source the phone should have no problem powering through a full day of intense use.

Nexus 5X seems to less powerful device, a sort of little brother. It’s a smaller phone, the display will be around 5.2 inches, powered by a 2700 mAh battery, will feature the Snapdragon 808, 3 GB RAM and will come in two variants 16 or 32 GB storage space. The back will house a 12,3 MP camera and on the front we’ll see a 5 MP one.

These two devices look promising from the exterior all the way to the hardware rumored to have on the inside,  I am very eager to see what will the actual smartphones have under the hood and how will the final designs look like.

I have always been eager to try out any gadget I could get my hands on. I became a tech journalist so that I could always be around technology and see the newest devices. I use gadgets every day to make my work and life easier. I have enough experience to know If a device is actually improving my activity, offers something useful or new. I will post my honest opinions and judge a device as objectively as I can.
@https://twitter.com/Colin27Anderson
Previous GTX 980 – NVIDIA’s Best Desktop Graphic Card is Coming to Laptops
Next Coolpad Unveils a $50 Smartphone, the Coolpad Rogue