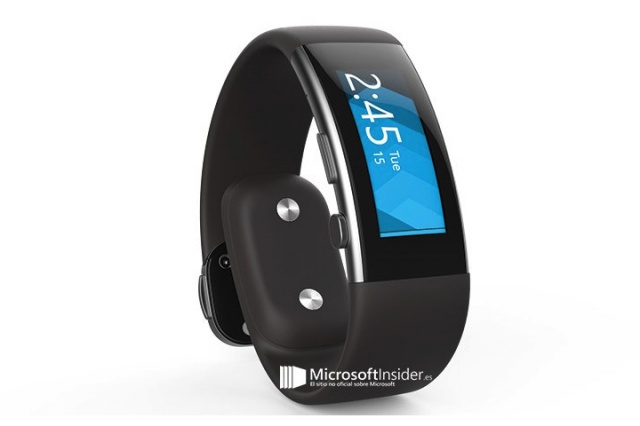 The New Microsoft Band 2 – It Might Just Be Wearable

Although Microsoft is rumored to release the new version of its Band, the Microsoft Band 2 on 6 October, the first images of the gadget already surfaced. If the images are accurate and the new Microsoft band 2 does look like it is presented in the leaked images, this time around the gadget might actually be wearable.

The new Microsoft Band 2 seems to feature a curved screen and a quite chunky plastic band, making it a little bit classier and more stylish than the first Microsoft Band, but it still remains unattractive in comparison with other portable devices. Besides the curved display another novelty may consist in the two hardware buttons which can be seen on the leaked images on the side of the gadget, making the device more easy to use. The oversized clasp does, let’s be honest look quite uncomfortable, but we will find out exactly how uncomfortable it is after its release.

Nevertheless, the Microsoft Band should not be judged only by its appearance, but also by its technical characteristics. And as far as these go, the first Microsoft Band was already considered to be a high- quality fitness device.

There are no official images of the Microsoft Band 2 yet, which means that the leaked ones may not be accurate, so in order to form an objective and accurate opinion about the device we will still have to wait for Microsoft to release it so we could try it out. We just hope that it will be a classier, more stylish and even more useful version of the first one.

I have always been eager to try out any gadget I could get my hands on. I became a tech journalist so that I could always be around technology and see the newest devices. I use gadgets every day to make my work and life easier. I have enough experience to know If a device is actually improving my activity, offers something useful or new. I will post my honest opinions and judge a device as objectively as I can.
@https://twitter.com/Colin27Anderson
Previous Google Glass – smart eyewear
Next Lumia 950 and Lumia 950 XL prices leaked ahead of October unveiling